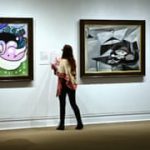 EVEN in the field of journalism, women are not spared the narrow interpretations of toxic masculinity regarding their behaviour. It has been revealed in a survey conducted by the nonprofit initiative Media Matters for Democracy that online harassment affects the work of 95pc of women journalists in Pakistan. The report, titled Hostile Bytes — A Study of Online Violence against Women Journalists, highlights the fact that women journalists are often subjected to abuse of a personal and sexualised nature on social media sites, even for merely criticising or challenging certain narratives or policies — unlike their male counterparts. The report also stated that 77pc of women journalists resorted to self-censorship to evade online harassment, which affected both their professional and personal life. Moreover, when these women journalists approached law-enforcement agencies to report online harassment, half of them received unsatisfactory responses.

Pakistan is already one of the most dangerous countries in the world for journalists. The current political climate has made it even more difficult for the media to offer fair criticism of government decisions and policies. In this context, the social and personal costs that women journalists have to bear for merely doing their job makes them doubly vulnerable: not only do they have to deal with the professional pressures of journalism — of which there are many in our country — they also have to counter warped societal notions regarding their ‘responsibilities’ as ‘traditional’ women. A ‘good ‘Pakistani woman is one who is always patient and never complains; somehow, as this report reflects, this also applies to women journalists, who are forced to mute their own voices, resulting in their perspectives, especially on issues concerning women, being cast aside. Online harassment has multiplied with the use of social networking sites such as Twitter. It cannot be taken lightly and be dismissed as merely an extension of the existing social fabric of Pakistani society where fragile patriarchal honour is threatened each time a woman dares to demonstrate some degree of intellectual or physical independence. It is a disturbing trend that must end immediately.