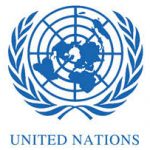 UNITED NATIONS: “When journalists are targeted, societies as a whole pay a price,” warned UN Secretary-General António Guterres as the world body observed the International Day to End Impunity for Crimes against Journalists.

“Without journalists able to do their jobs in safety, we face the prospect of a world of confusion and disinformation”, said the UN chief, adding that failing to protect journalists would also “severely hamper … our ability to remain informed and contribute to decision-making.”

In Washington, US State Department’s Spokesperson Morgan Ortagus noted that “in far too many places around the world, journalists are killed, tortured, jailed, and harassed” for doing their job.

They faced these hardships for reporting that “exposes the abuses of corrupt regimes, undermines the work of terrorist and criminal organisations, gives voice to overlooked communities, and counters disinformation,” she added.

At the United Nations, France called for the perpetrators of crimes against journalists “to be brought to justice and for states to work toward establishing a safe environment for journalists to carry out their work.”

And Reporters Without Borders, a Paris-based media rights group, reported on Saturday that more than 30 journalists have been killed this year for keeping the public informed.

A new study from the UN Educational, Scientific and Cultural Organization, Unesco, underscores the risks that journalists face, showing that almost 90 per cent of those found responsible for the deaths of more than 1,100 media persons, between 2006 and 2018, have not been convicted.

The report, “Intensified Attacks, New Defences”, also notes that killings of journalists have risen by some 18 per cent in the past five years (2014-2018), compared to the previous five-year period.

The deadliest countries for journalists, according to the statistics, are Arab States, where almost a third of the killings took place. The Latin American and Caribbean region (26 per cent), and Asian and Pacific States (24 per cent) are the next most dangerous.

The UN report noted that journalists were often murdered for their reporting on politics, crime and corruption, and this is reflected in the Unesco study, which reveals that, in the past two years (2017-2018), more than half of journalist fatalities were in non-conflict zones.

The US State Department noted that as of December 2018, more than 250 journalists remain jailed around the world, with Turkey, China, and Egypt among the worst offenders. Members of the media and bloggers also remain imprisoned in countries including Iran, Saudi Arabia, Eritrea, Vietnam, Azerbaijan, Mexico, and Nicaragua.