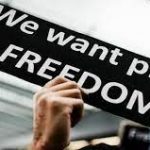 Pakistan has dropped further on the list of countries in terms of protection of journalists in a report by Reporters without Borders (RSF) released on the World Press Freedom Day. According to the RSF report, Pakistan has fallen by 12 places to 157 out of 180 countries. Last year, Pakistan was ranked 145 on the […] 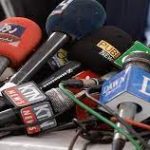 Today, on World Press Freedom Day, it is important to remind state, government and political parties that the concept of a free press is essential to the functioning of any democracy. This becomes all the more important in a country where freedom of the media has existed more in the abstract than in reality, particularly […] 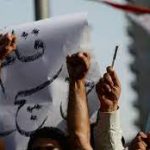 ISLAMABAD: On the eve of World Press Freedom Day, Federal Union of Journalists (PFUJ) has expressed its strong resolve for ensuring freedom of press and expression in the country which remained on sharp decline during the previous regime. PFUJ urged the incumbent government to focus on protection of freedom of speech and expression as no […]

ISLAMABAD—several prominent journalists have expressed extreme anger and outrage over the harassment of DawnNews TV anchor Adil Shahzeb by higher-ups of the former PTI government led by Imran Khan. Shahzeb, who hosts a popular prime-time talk show ‘Live with Adil Shahzeb on DawnNews, disclosed on Twitter that he is receiving death threats on social media. […] 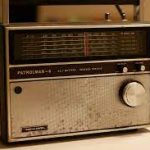 ISLAMABAD: Officials of the information ministry on Wednesday informed a parliamentary committee that the project to convert radio from analog to digital technology would cost approximately Rs3.5 billion. The Senate Standing Committee on Information and Broadcasting, which met here with Senator Faisal Javed in the chair, was briefed by the officials about the ‘Digital Radio […] 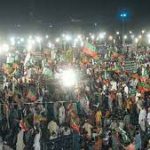 LAHORE: A group of Pakistan Tehreek-Insaf (PTI) workers on Thursday thrashed a reporter of a local TV channel when he was covering the public gathering of the party at Minar-i-Pakistan. A group of the PTI workers turned offensive on seeing young reporter Khawar Mughal when he appeared with the logo of 92 TV channel at […] 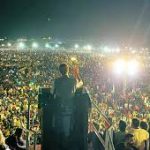 KARACHI—several journalists, including women reporters, were harassed by PTI supporters during Imran Khan’s rally Saturday at Bagh-e-Jinnah. Zam Zam Saeed, a female reporter with Samaa TV, uploaded footage of the incident on her Twitter account. According to her, PTI workers abused the TV crew and used sticks and stones. Other journalists, including three women journalists, […] 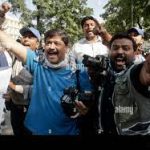 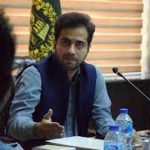 Denouncing a second raid at his home, former focal person to ex-prime minister Imran Khan, Dr Arslan Khalid on Wednesday night confirmed his arrival back home. “I am safe and back at home. Thanks for the support by everyone,” he tweeted, adding that, “Some friends tweeted about a second raid which is not true.” Earlier […]