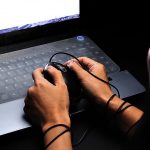 ISLAMABAD: Ninety-five per cent of the country’s women journalists feel online violence has an impact on their professional work, according to a Media Matters for Democracy (MMfD) report.

The report titled ‘Hostile Bytes — a study of online violence against women journalists’ was launched on Friday to coincide with the Inter­national Day to End Impunity against Journalists falling on Nov 2 (today).

According to the report, 77pc of Pakistani women journalists self-censor as a way to counter online violence.

The MMfD noted that while most of the conversation focused on the violence that journalists face in physical spaces, virtual spaces could also be vicious, especially for women journalists without any real repercussion for those who threatened and made these spaces toxic.

The abuse female journalists faced in online spaces was often not taken seriously, but had real repercussions for them, it said. The results showed that 105 out of 110 women believed online violence impacted their mental health.

“The sexualised and personal nature of abuse directed towards them not only affects them on a personal level, but also affects journalism in general that is heavily occupied by men leaving no room for women’s voices. In times when their voices should be amplified, hate campaigns against women journalists is a very well-thought out strategy to ensure systemic oppression of women in professional spaces,” said Hija Kamran, programmes manager at the MMfD and author of the study.

The research found that three out of 10 women journalists were victim of serious online crime such as blackmail and incitement to violence against them. The participants were not satisfied with the response they got from social media platforms and law enforcement agencies when they reported online violence. There was also reluctance to report to law enforcement agencies, showing that there was a need to improve the way these agencies handle online violence.

Online spaces were increasingly becoming important for journalists to not only promote their work but also reach wider audiences. The form of the survey conducted for the research was filled out by 110 women journalists, from different parts of the country, in addition to in-depth interviews with nine prominent journalists. They agreed that social media and digital spaces were an important online component that impacted their professional choices.