Home » Featured » More removal requests sent to Twitter this year than ever: report 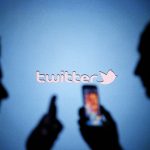 KARACHI: Over 200 requests for content removal were sent by Pakistani authorities to Twitter in the first half of this year, the highest so far, according to a biannual report of the social networking website.

The website’s transparency report released on Thursday said that between January and July of 2019, the government sent 273 requests for removal of content and reported 1,798 profiles to Twitter. While the number of profiles reported dropped from 2,300, requests for account information increased.

Interestingly, after the Pakistan Tehreek-i-Insaf took over the government, removal requests from the government have witnessed a spike. In the second half of 2018, 192 requests were sent by the government and law enforcement agencies and one request was sent through a court order.

This year, eight requests for removal were sent through a court order. Official requests include legal requests from government agencies, police departments, or other authorised requesters.

This year, the government also filed five “emergency disclosure” requests and sought information about five accounts. When such requests are filed, Twitter may disclose some information to law enforcement agencies if they meet the criteria.

In the second half of 2018, the government had filed only two emergency disclosure requests.

Explaining what constitutes a preservation request, Twitter said: “Gover­nment entities issue these requests so that information pertaining to an investigation stored by service providers like Twitter is temporarily saved while they go through the necessary steps to get the valid legal process required to lawfully obtain that information. Upon receipt of a valid preservation request, we will temporarily preserve, but not disclose, a snapshot of the relevant account information for 90 days, pending issuance and service of valid legal process.”

Globally, Twitter received approximately 67 per cent more legal demands, impacting approximately 86pc more accounts, compared to the previous reporting period. This is the highest number of global legal demands to remove content that the platform received since the transparency report was launched in 2012.

During the reporting period, 122 accounts of verified journalists and news outlets from around the world were the subject of legal demands. Twitter however claimed it had acted on 11 tweets — eight of which were withheld in India under its Section 69A of the Information Technology Act, 2000.

Overall, the report reveals that Twitter continues to comply more with Indian and Turkish legal demands than the rest of the world; the percentage of accounts withheld from the accounts specified by these two countries is close to 3pc compared to 0.6pc compliance for the rest of the world.

Twitter withheld 354 accounts worldwide during the reporting period, 95pc of which were collectively withheld in Turkey (264) and India (73).

The report also said that Twitter saw an increase across the board in the amount of private information, sensitive media, hateful content, and abuse, but that it was continuing to take action.

Twitter said it removed 124,339 accounts for impersonation and 115,861 accounts for promoting terrorism, a decline of 30pc as compared to the previous reporting period.