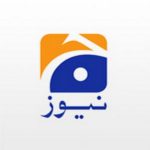 The transmission of Geo News television channel was taken off air and its channel number abruptly changed in many parts of the country hours before Pakistani Prime Minister, Imran Khan’s visit to the Washington, D.C., for an official visit on July 20, 2019.

According to the channel’s managing director, Azhar Abbas, “the channel was blocked without any notice or explanation from the country’s media regulator, government, or military.”

Prime Minister’s adviser for Information Dr. Firdous Ashiq Awan in a press conference denies that Geo News has been taken off air. She added that the numbers of channel could have been reshuffled, it is a decision of cable operators and has nothing to do with the government, the media regulator Pakistan Electronic Media Regulatory Authority (PEMRA) also denied its involvement in this matter.

Mazhar Abbas, a senior Pakistani journalist in his tweet questioned Awan, “How Minister of Information claimed there can is no curbs on media when neither PEMRA nor her Ministry knows that GEO either disappeared or pushed to 70 or 80 number on cable.”

Faheem Siddiqui, Karachi Bureau Chief of Geo News told Pakistan Press Foundation (PPF) that the channel was blocked in several areas of Pakistan but later the block has been lifted and channel number reshuffled. He added that the government does not want Geo to cover opposition parties the way they cover it.”

G.M. Jamali, President of Pakistan Federal Union of Journalists (PFUJ), told PPF that the channel has not been taken off air only the number had been changed in few areas of the country and we condemn this act by cable operators.

Media censorship in Pakistan is currently on rise, from past few weeks different incidents of censorship has been witnessed where the current government pressurized the media regulator PEMRA to stop covering opposition parties.

On July 11, an interview of Pakistan Muslim League-Nawaz’s (PML-N) Vice –President Maryam Nawaz was taken off air soon after it was aired on Hum News.

In another incident, Pakistani cable operators were forced to block three news channels including Abb Takk News, 24 News, and Capital TV on July 8, 2019. The reason behind forcefully blocking the channels is broadcast of Maryam’s press conference

Previously on July 1, an interview of former President of Pakistan and Co-chairman of Pakistan Peoples Party (PPP) Asif Ali Zardari was also taken off air within few minutes of broadcasting on Geo News TV.

The interview was conducted by Hamid Mir, a senior journalist and anchorperson of programme Capital Talk on Geo TV. The channel at 8pm ran a ticker that the interview of Zardari that was supposed to be broadcast in prime time show of Mir, won’t be aired.