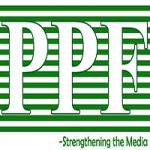 Pakistan Press Foundation (PPF), in a letter to Miguel Díaz-Canel, President of Cuba has expressed concern over the detention of Ricardo Fernández Izaguirre, a journalist and correspondent of 14ymedio portal.

PPF Secretary General Owais Aslam Ali has condemned the detention of journalist and call on the concerned authorities to immediately release him without any charges.

According to the Inter-American Press Association (IAPA), the State Security of Cuba detained Fernandez on July 12 and till now his whereabouts are unknown.

The journalist was last seen on July 12 at the headquarters of the Damas de Blanco organization in Havana that was surrounded by a police operation that morning.

The same day Fernández had planned to travel to Pinar del Río city to meet his daughter, but he never reached their neither received any calls.