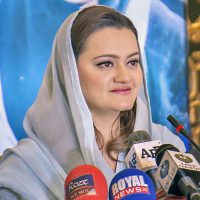 ISLAMABAD: ISLAMABAD, Nov 6 (APP): Minister of State for Information, Broadcasting and National Heritage Marriyum Aurangzeb on Monday informed the Senate that dedicated efforts were being made to enhance duration of programmes for children on Pakistan Television (PTV) and Pakistan Broadcasting Corporation (PBC).

Speaking in the House on a resolution moved by Senator Karim Ahmed Khawaja, for setting up of a separate channel of PTV for the children, the minister said that initially, the government was also thinking on the same lines.

However due to lack of dedicated content about children, it was not possible to feed the channel round the clock and consequently it had been decided to dedicate four hours for children programmes on PTV and Radio Pakistan, she said.

Later, the House unanimously passed the resolution asking the government to launch a separate channel of PTV for children to foster their interest in education, science, general knowledge, creativity and ideology of Pakistan.