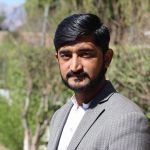 Pakistan Press Foundation (PPF) strongly condemned the manhandling of journalists by political workers in response to the questions of reporters during pressers.

Orakzai got enraged by the question and started abusing journalist. Esar said that he questioned Member of National Assembly Nadeem Khayal about the number of party employees who attended the demonstration because there were more automobiles than workers. In a widely shared video, Orakzai was seen kicking the journalist after the query was made.

“Instead of responding to the question, Muhammad Arif Orakzai threatened me and broke his camera and used abusive language with me. I have submitted an application to lodge an FIR of the incident at the City Police Station, the police official refused to register the FIR and said after the medical we would be able to register the FIR”. Qasmi added.

Zaman Khan, president of Hangu press club told PPF that the Qasmi was attacked for just asking the question, he demanded action against the accused.

Mubarak Ali, Director News of Khyber TV and Daily Khyber told PPF that harassment of Esar ul Haq Qasmi is an attack on free press, and proper action should be taken.

However, Asif Bahadur, the District Police Officer (DPO) of Hangu told PPF that blamed journalists for taunting the number of workers involved in the long march and said: “We cannot file the FIR”.

A week ago, on November 23, 2022 Saifullah Khan, a freelance investigative journalist was threatened by Members of National Assembly of Pakistan Tehreek-e-Insaf (PTI) – Deedar Khan and Abdul Ghaffar Shah – for questioning regarding the mysterious fire at Tehsil Management Administration’s office during a press conference in Kohistan, Khyber Pakhtunkhwa.

Saifullah told PPF that he is working on an investigative story regarding the Tehsil Management Administration’s office, which was mysteriously burnt. He said that according to the media report it was a short circuit but he wants to dig for the truth.

“During a presser, I questioned: “How the office of the Tehsil Management Administration burn?”. Instead of responding to the question, the official felt that it was a personal attack and threatened me for consequences”, Khan added.