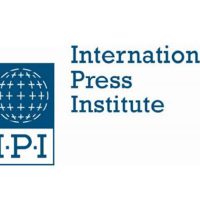 “The announcement by the government of Prime Minister Imran Khan that state media will be allowed editorial independence appears to be an important step towards restoring respect for press freedom in Pakistan”, IPI Executive Director Barbara Trionfi said. “We urge the government to implement such commitment thoroughly and refrain from using the government’s control over state media’s governing bodies to influence news content.”

Pakistan’s Information Minister Chaudhary Fawad Hussain announced on August 21 that the government had lifted all political censorship on the state-run media. He said that PTV and Radio Pakistan had been given complete editorial independence over the content.

However, it may be recalled that similar statements have been made by earlier governments about the independence of the state-run media. Both PTV and Radio Pakistan do not enjoy the credibility of being independent and impartial because the government owns and exercises administrative control over the two media organizations. The two media organizations reflect the government’s view and particularly that of the party in power.

“The independent media in Pakistan is facing serious intimidation, restrictions on the sale and circulation of newspapers as well as and the blockading of television broadcasts by the administration”, Trionfi noted. “We reiterate our call Prime Minister Imran Khan to ensure that news organisations and journalists in Pakistan can operate freely and without fear of intimidation, and so ensure that the people of Pakistan have access to a plurality of news”.

IPI had written to Mr Khan before the national elections on June 12 and again on August 13 after his party, Pakistan Tahreek-i-insaaf, emerged as the largest party in the National Assembly, expressing grave concern over the decline of press freedom in the country and the efforts by the military to manipulate the independent media independent media and journalists.

The letters stated that press freedom and a free flow of information are essential to establish a strong and corruption-free democracy. “The IPI is worried that the continued persecution of the independent media is designed to convey a clear message – that any criticism of the military’s involvement in civilian affairs will have dire consequences for the survival of an independent press in Pakistan”, IPI stated in the letter.