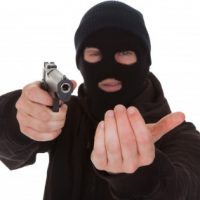 ISLAMABAD: A journalist and his brother were robbed at gunpoint near Rawalpindi’s Raheemabad locality in airport police jurisdiction early Tuesday morning

Ihsan Bukhari, the victim, says he and his brother were returning from Khanna Pul after purchasing a sacrificial goat in the wee hours of Tuesday when two gunmen on a bike intercepted their rickshaw near Raheemabad bridge and snatched Rs30,000 in cash. “It was around 3am when we purchased a bakra for Rs27,000 at Khanna Pul.

We took a rickshaw to take it back home in Raheemabad. When we reached near Officers’ Colony on Rawal Road, two men on a 125 bike intercepted us,” said Bukhari, who works as a reporter with a local daily. Bukhari said he took out all the contents of his wallet on the road and asked the muggers to take the cash and leave his cards etc and they obliged.