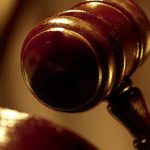 ISLAMABAD: Islamabad High Court (IHC) Chief Justice Athar Minallah on Wednesday took notice of an incident of alleged manhandling a court reporter by the police and sought a report from the IGP.

Justice Minallah directed the IHC registrar to submit a report into the incident and issued directions to facilitate journalists, assigned to cover hearings of high profile cases, by providing them uninterrupted access to the premises of the court.

Earlier, Islamabad police arrested Ehtisham Kayani — a court reporter for Channel 24 — over an argument since the police had blocked access to the court premises. He was stopped at a police checkpoint outside the court where he introduced himself and was detained by officials.

When the matter was reported to Justice Minallah, he summoned high-ranking officials of the capital police and ordered Kayani’s immediate release.

According to Mr Kayani, Superintendent of Police (Industrial Area) Zubair Sheikh gave orders for his arrest.

After the incident, representatives of the National Press Club and Rawalpindi-Islamabad Union of Journalists (RIUJ) staged a protest.

They also held a meeting with Justice Minallah and apprised him about the highhandedness of Islamabad police.