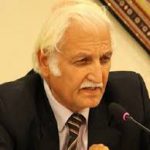 He was speaking said at a discussion — Freedom of Expression and Safety of Journalists — organised by the National Commission on Human Rights here at a local hotel on Thursday. Babar said the Article 19 of the Constitution guaranteed freedom of expression subject to reasonable restrictions imposed by the law in certain areas like national security and relations with foreign countries etc.

“However, no legislation has been made to define the parameters of reasonable restrictions,” he said. Giving examples, he said that a journalist in Balochistan was arrested by the FIA on the basis of a complaint of a security official alleging posting of “controversial and demoralising statements” on journalist’s face book that “created havoc in the society” and put “the lives of officers of the agencies in danger.” The official had merely quoted an unnamed ‘source report’ as the basis of allegation, Babar said. Similarly, Farhatullah Babar said, investigations were ordered against some journalists for posting pictures of journalist Jamal Khashogi during a royal visit to Pakistan.

He said that Pakistan has committed to implementing the Sustainable Development Goals (SDGs) as its own national agenda. “It is mandatory to report yearly on cases of killing, kidnapping, enforced disappearance, arbitrary detention and torture of journalists and human rights activists,” he said. He called for devising a mechanism for preparing such annual reports.