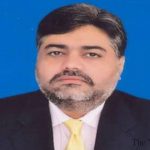 LAHORE: Punjab Information and Culture Minister Syed Samsam Ali Bukhari said Thursday the government was making all-out efforts to solve the problems of the journalist community. He was chairing a departmental meeting at the office of DGPR Punjab here on Thursday.

Secretary Information Momin Agha, DGPR Punjab Dr. Muhammad Aslam Dogar and others attended the meeting. The minister said the government was striving to remove barriers in payment of advertisement dues to the media houses, adding the PTI government was fully aware of the importance of strengthening of journalist bodies for the continuity of democracy and journalistic liberties in society as the role of media could not be ignored in promoting public opinion and highlighting governmental policies and priorities before the public.

He said the PTI government considered media as a bridge between the government and the public and gave it its due importance. “There was no doubt that media is reflective of the society and the governments formulating their policies in the light of media reports can never fail,” the minister concluded.