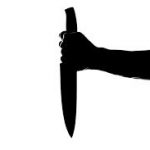 MIRPURKHAS : A local journalist and his brother were seriously injured in an attack by suspects in Baloch Para of Lalchandabad here the other day.

According to police, local journalist Fahad Malik and his younger brother Abdul Wahab Malik were at their house when suspect Sarwar Awan and his two sons including Azeem Sarwar Awan and Waseem Sarwar Awan, residing in front of the injured journalist’s house, stormed into their house and attacked them with a sharp tool, an axe and a stick. As a result, Fahad Malik and his brother Abdul Wahib Malik sustained serious wounds; they were rushed to the emergency of Mirpurkhas Civil Hospital where they were provided first aid. They were then admitted to surgical ward; however, after some time, injured Abdul Wahab Malak was referred to Jinnah Hospital Karachi due to his critical condition. The accused managed to flee from the spot.

Mehran police have lodged a case on the complaint of Bilal Malik, younger brother of the injured journalist, against the above three accused and arrested one of them named Azeem Sarwar Awan in a raid. Local journalists and Mirpurkhas District Union of Journalists have strongly condemned the incident and demanded that the Sindh IG police take notice and ensure early arrest of the accused. They also demanded severe punishment for them.

The police had also detained a 10 years old boy; however, they released him after sometime.