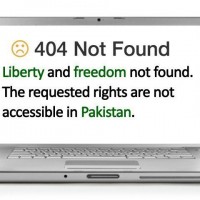 KARACHI: The committee formed to review the controversial cyber crime bill has completely rejected the draft instead of suggesting pointers to fix problematic clauses.

The Cyber Crime Bill Review Committee met at Karachi Press Club on Monday afternoon to review the Prevention of Electronic Crimes Bill, 2015. The decision to reject the bill was made to make sure the government presents a new bill, instead of including recommendations from various groups, such as theirs, and passing a flawed bill.

“This bill in its current form is against fundamental human rights,” pointed out Barrister Zamir Ghumro, one of the two legal experts the committee had invited. “It is against Article 19-A of the Constitution of Pakistan and it should be stopped immediately.”

The meanings of the words used in the draft are so wide that any man can be penalised on any charge, he said, giving the example of the word ‘unauthorised’. “Unauthorised access to information is criminalised under this law,” he said. “Anything can come under ‘unauthorised’.”

The secretary general of the Pakistan Federal Union of Journalists, Mazhar Abbas, appreciated that the government has taken the initiative. “But the bill in its current form is unacceptable,” he said. “We have serious apprehensions that this law will be misused by the authorities.”

Journalist Omar Quraishi, former op-ed editor at The Express Tribune, spoke about the effect of this law on the media. “You can’t do anything in investigative journalism because you wouldn’t have access to anything,” he said.

Several questions were raised by the committee on issues, such as what happens when a video of a TV channel goes online or an article from a printed newspaper is uploaded online. Will all of that be censored under this law? Will you also have to take consent before putting up a picture or video of a criminal?

“This is not a law. This is absurdity,” said Senator Taj Haider. “The government needs to make it clear which crimes it is aiming to stop through this law.”

He mentioned the problematic aspects of the law, such as how the authorities will not need a warrant to search, seize or arrest. “The most important part of any law is the last page which mentions the purpose of the law, and no purpose has been given here,” he said.

Lawyer Zahra Rose Dean, who was part of the team that made the initial draft of the law, questioned how the law will address e-blasphemy and other e-crimes. “How will they be bifurcated under this law,” she asked.

The Prevention of Electronic Crimes Bill, 2015, will ban all political commentary on digital and online forums. It also requires a prior written consent from the person one is emailing, calling, messaging via any digital medium, and before uploading or putting up a picture or video of another person. It will also remove any content that undermines the glory of Islam without defining what glory of Islam means.

If passed, the bill will also block access to or remove any content on the internet or any device that is against foreign policy or against any section of this law. Without defining the terms ‘obscenity’ and ‘immorality’, any messages or content that falls under this criteria will be criminalised.