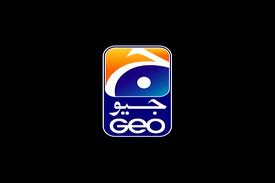 WASHINGTON/PARIS/ISLAMABAD: Rights watchdog Amnesty International and international media organisations on Friday condemned the suspension of Geo News licence by the Pakistan Electronic Media Regulatory Authority (Pemra) and termed it politically-motivated and an attack on the freedom of press.

The New York-based Committee to Protect Journalists condemned the Pemra’s decision and termed it politically motivated and against the commitments made to it by the Nawaz government. “We are troubled by the decision by Pakistan’s regulator to suspend the Geo News’ licence,” said CPJ Executive Director Joel Simon.

“The move to shut down one of Pakistan’s largest media outlets is short-sighted and politically motivated and runs counter to the spirit of commitments Prime Minister Nawaz Sharif made to the CPJ,” the CJO statement said.

A CPJ delegation met with Prime Minister Nawaz Sharif in April and secured commitments to combat risks to journalists in Pakistan. Other US-based news organisations also expressed their shock and decried the Pemra decision.

Reporters Without Borders condemned Friday’s decision by the Pemra to suspend all broadcasting by the Geo News for 15 days.

The decision was taken in response to a Defence Ministry’s complaint to Pemra, accusing Geo News of waging a “vicious campaign, libelous and scandalous in nature” after its star talk show presenter Hamid Mir was badly injured in a targeted shooting on 19th April.

“Suspending a TV station’s licence is a grave violation of freedom of information especially when it is the country’s leading news channel,” Reporters Without Borders said.

The suspension follows a major smear campaign against Geo News that began after it broadcast claims that the intelligence agencies were behind the attack on Mir. Both the defence ministry and the Inter-Services Intelligence (ISI) responded by accusing the Geo News of being “anti-state.”

On 20th May, several Pemra members ordered the closure of Geo News and two of its sister channels, Geo Tez and Geo Entertainment, and the withdrawal of their licences, but they were immediately overruled by other Pemra members.

Amnesty International said the Pakistan government’s suspension of Geo TV, the country’s largest private broadcaster, was a politically motivated attack on the freedom of expression and the media.

“The suspension of Geo TV is a serious attack on press freedom in Pakistan. It is the latest act in an organised campaign of harassment and intimidation targeting the network on account of its perceived bias against the military,” said Amnesty International’s Asia Director Richard Bennett in a statement on Friday.

“The Pakistani authorities must immediately reverse this ban. If there are concerns about the content of Geo TV broadcasts, the authorities should address this in line with international human rights standards – not simply move to silence a critical voice.

“The suspension of Geo TV sadly fits an all too familiar pattern in Pakistan. State authorities and other political actors use any means they can to silence critical reporting, from the use of anti-state and anti-religion provisions of the law to physical attacks and violence,” said Richard Bennett.

In a report released on 30 April, Amnesty International documented how media workers in Pakistan live under the constant threat of harassment, violence and killings from a range of state and non-state actors.

Several Jang Media Group journalists have told the Amnesty International that they have received daily threats and harassment by unknown individuals by phone and in person.Many said they dare not enter their offices or identify themselves as belonging to Geo TV or other Jang Media Group outlets for fear of being attacked.“Pakistan’s vibrant media scene deserves better protection, and journalists must be able to carry out their legitimate work without fear or interference,” said Richard Bennett.