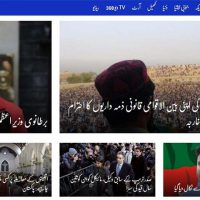 US public radio Voice of America (VOA) on Thursday called for Pakistan to lift a block on two of its websites, in Urdu and Pashto, as concerns grow over freedom of speech in the country.

“In the interest of press freedom, VOA calls upon those responsible for blocking our content to immediately remove these constraints,” said Amanda Bennett, the director of VOA, in a statement to AFP.

“Any attempt to block our websites deprives Urdu and Pashto speakers in the region access to a trusted news source,” she continued, adding that the organisation was “troubled” by the block.

The VOA Urdu website has been partially or fully blocked since early December and the site for VOA Deewa, the Pashto language service, since late October, she said.

The websites have been irregularly accessible in Islamabad in recent days. Pakistani information minister Fawad Chaudhry told VOA the block was in place due to “false and prejudiced reporting”.

“The stories they were doing were only projecting a particular narrative without any impartial view,” he said, according to a story published by VOA on its English language site.

“There are many things happening in our country and most are positive.”

In the article VOA blamed the penalty on its coverage of the Pashtun Protection Movement (PTM), a civil rights group which has rattled the powerful Pakistani military with its claims of army abuses and accusations of ties to the Afghan Taliban.

Recently, the military warned the PTM that it will use force against them if they “cross the line”. Coverage of the group in local mainstream media is muted.

There have been growing concerns about what is seen as a clampdown on media in Pakistan in recent months, with a series of high-profile attacks on journalists leading to fears the shadowy military establishment is seeking to shrink the space for dissent and free speech.

Local media have complained about pressure in the run-up to a general election in July which resulted in self-censorship tilted towards the eventual victor, cricketer-turned-prime-minister Imran Khan.

In January, Radio Free Europe/Radio Liberty’s Pashto-language station — Radio Mashaal, or Torch — was closed for airing content “against the interest of Pakistan”.