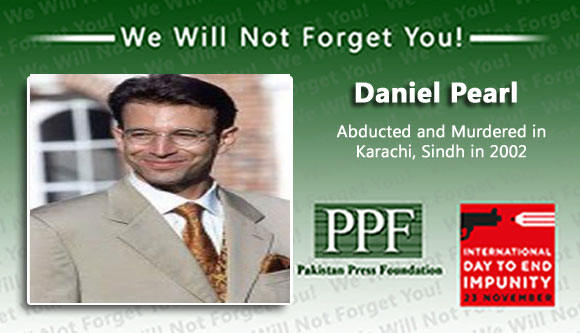 President Pervez Musharraf, on February 22, expressed his deep grief at the murder of Daniel Pearl, Wall Street Journal reporter. In a condolence message, President Musharraf offered his heartfelt condolences to Pearl’s wife, his family and the editors and journalists of the Wall Street Journal. The president said that his wife joins him in sharing the grief of Mrs. Daniel Pearl.

He has directed the government of Sindh and other national security agencies to apprehend each and every member of the gang of terrorists involved in this gruesome murder.

President Musharraf said that such acts of terrorism “were gruesome experiences for the society, but would not deter him, his government and the people of Pakistan from acting with all their strength against terrorists and in fighting this menace together with the international community.”

Earlier, an announcement issued by the province of Sindh, where Pearl was kidnapped on January 23, said a videotape was received on February 21 at 11:00 p.m. which contained scenes showing Daniel Pearl in captivity and scenes of his murder by the kidnappers. The tape appeared to be genuine.