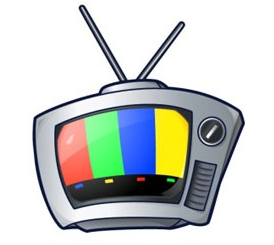 The Pemra charged Rs1 million fine from over 20 television channels during the last over three years. “Pemra took cognisance where violations of code of conduct of the authority were committed,” Minister for Information Senator Pervaiz Rashid in a written reply to a question in the National Assembly said on Wednesday.

He said the programming content being aired on private satellite TV channels is generally in accordance with the prescribed code of conduct devised under Pemra Rules 2009 as well as social, cultural and religious values of the country.

The minister said in certain cases, where violations were committed, Pemra took cognisance. In some instances fines were imposed on these TV channels and licence of one TV channel was also proposed to be revoked. However, the said channel obtained stay order from the Islamabad High Court (IHC) and the matter is currently sub-judice.

To another question from Sheikh Salahuddin of the MQM, the Pervaiz Rashid said Pemra has also identified a few advertisements as indecent and vulgar but was not empowered to censor these advertisements. He said Pemra takes cognisance on such violations and unethical advertisements.

Pemra has issued advices, warnings and notices to its licensees for refraining from airing such advertisements. In some instances, fines were also imposed on these satellite TV channels for airing content in contravention to Pemra code of conduct.

It may also be relevant to mention here that Pemra is not empowered to pre-censor the content of its licensees. Under section 20 of Pemra Ordinance 2002, all the licensees are obliged to appoint in-house monitoring committees to ensure that no content is aired that violates the code of conduct.