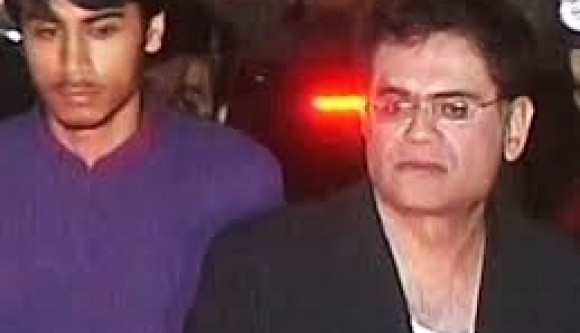 Issuing notices to Punjab chief secretary, Punjab secretary and the inspector general of the Punjab Police, the committee gave the order during a meeting today.

March 28 was another dark day in the history of Pakistani journalism when the Express Media Group came under a fifth attack a little over two months after three of its staffers were killed in a brazen gun attack in Karachi.

Unidentified gunmen had opened fire on Rumi’s car in Lahore, injuring him and killing his driver. The attack had taken place just a few hundred yards away from the Express News office in Raja Market, which Rumi had just left after hosting his programme ‘Khabar Se Agay’.

In the meeting of the Standing Committee today, no representative of the Punjab police was present. Information Minister Pervaiz Rashid asked the committee to take serious notice of their absence, after which the committee issued the orders.

No details regarding the attack on the Express News anchor have been shared with the committee as of yet.

January 17, 2014: Three Express News staffers – technician Waqas , driver Khalid, and guard Ashraf – were killed when the DSNG van of the channel came under attack in Nazimabad, Karachi. Tehreek-e-Taliban Pakistan had taken responsibility for the attack.

December 2, 2013: Three people were injured when the Karachi office came under attack. Two hand grenades were hurled at the office building, while unidentified assailants had opened indiscriminate fire.

August 16, 2013: Four armed men had fired indiscriminately outside the entrance of the Express Media Group office in Karachi, injuring two members of staff, including a guard who is paralysed.