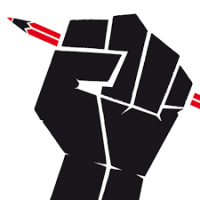 AFTER a brief period of comparative calm, recent events have served as a reminder of the mortal dangers that journalists in Pakistan face. On Sunday morning in Haripur, Bakhshish Ilahi, the bureau chief of an Urdu newspaper, was gunned down while on his way to work. Journalists in Khyber Pakhtunkhwa have demanded that the provincial government arrest the killers. While the motive behind the murder has yet to be determined, members of the media familiar with the senior journalist’s reporting are convinced that his work was the reason he was targeted. Meanwhile in Lahore, Rana Tanveer, a reporter for an English daily who often writes about the persecution of religious minorities in Pakistan, has seen his house vandalised and a death threat painted on the gate. A few days ago, in an incident that may have had a sinister motive, he was left with injuries requiring an operation after a speeding car struck him.

Pakistan has long been among the most dangerous countries in the world for journalists. Nearly 60 media persons, according to the Committee to Protect Journalists, have lost their lives in this country since 2000 for reasons ascertained as being related to their work — either in direct reprisal, during the course of an assignment, or in crossfire while covering combat situations. Last year was the first after 2001 that no media person fell victim to a targeted killing. The almost complete impunity with which such crimes are carried out exacerbates the peril: to date, in only three cases have the murderers of journalists been brought to book — Daniel Pearl, Wali Babar and Ayub Khattak. In other instances, even credible investigations have not been carried out, let alone taken to the trial stage. Until this changes, journalists who unmask corruption in high places and the shady agendas of competing power structures will continue to look over their shoulder. And society will be the loser, for the media’s oversight role is a vital ingredient of a functioning democracy.