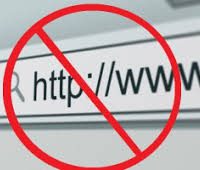 A PALL is descending on digital spaces, and threatening every citizen’s democratic right to free speech with real-life consequences. It comes as no reassurance, then, that while Interior Minister Ahsan Iqbal insisted people would be allowed to air their political opinions on social media, he also announced that the FIA would spearhead the creation of a framework to monitor its use. There is a long history of politicians and dictators asserting that the state is being ‘maligned’ or ‘belittled’, and using this claim to crush dissent and enforce obsequience in both public and private realms. Given that his government passed the draconian Prevention of Electronic Crimes Act, 2016, as a PML-N member Mr Iqbal bears some responsibility in this erosion of rights. And with all the baggage of his predecessor’s tenure, the onus is squarely on him to assuage any misgivings of his ministry’s intentions.

To do so, rather than developing a framework to monitor social media, the existing framework of digital legislation ought to be critically examined, and Peca amended so that cybercrimes are strictly and narrowly defined. The IT experts and digital rights activists the minister wants to consult had made recommendations for Peca, but were sidelined; their advice must now be incorporated. As an investigative body, FIA has no jurisdiction to define what constitutes appropriate use of social media, and there should be severe limits on its ability to monitor citizens’ online activities. True, emerging threats of ‘fake news’ and foreign attempts to influence elections, which the minister cited, require careful, transparent inquiry. But what is not needed is the securitisation of the one space where it is the people who wield power. Increasingly, we have seen their power affect real change; social media has helped topple dictators, brought corruption to light and exposed sexual predators. If this upsets the status quo, so be it — the people’s reckoning has been a long time coming.