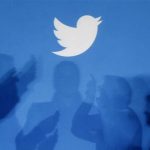 KARACHI: The opponents of critical speech have found a new method of silencing expression online — this time in Twitter’s rules enforcement policies.

This is not an isolated case.

Since last week, several journalists and political workers in Pakistan said they have been locked out of their Twitter accounts for ‘violating’ its policies.

Each account, however, was frozen as a result of systematic reporting by various factions opposed to the user’s political views and activism. Once locked, those responsible made it known publicly that they were reporting the accounts.

“My account has been locked twice since last week over old tweets from 2011 and 2018. One tweet was reported over privacy violation wherein I had shared a screenshot of a spam text message and the other was reported for potentially self-harming comments,” senior journalist Zebunnisa Burki told Dawn. Ms Burki said she deleted one tweet and appealed the other to restore access to her account.

Awami Workers’ Party deputy secretary general Ismat Shahjehan said her account had been frozen five times over old tweets. Screenshots of Twitter’s email to her, seen by Dawn, show that she was reported for “posting private information without their express authorisation and permission”.

Other journalists shared similar experiences where they were reported for posting “private” numbers that were in fact publicly available.

The accounts were being reported amid the ongoing crackdown in Islamabad on activists demanding the release of Pashtun Tahaffuz Movement leader Manzoor Pashteen.

Dozens of accounts reviewed by Dawn are involved in methodical reporting of users based on their old tweets taken out of context. The accounts operate in teams and warn users to not violate Twitter rules or they may face suspension. Once Twitter acts on their report, they tweet the screenshot of the email to claim credit for reporting the violation.

In fact, this type of platform manipulation to silence speech is not limited to Pakistan.

Last year, Dawn reported that many Pakistani celebrity accounts had been suspended for ‘impersonation’ after they posted in support of Kashmir. Analysis revealed that a network of accounts — ETF Associates and BMJ Youth to name a few — were involved in coordinated reporting of Pakistani accounts leading to their suspension.

Acting on the same method, the account belonging to Prime Minister’s Focal Person on Digital Media Arslan Khalid was locked out for “hateful conduct” recently. In the reported tweet from December 2019, the focal person had criticised Indian Prime Minister Narendra Modi for his Hindu supremacist governance.

These events have provided reasonable evidence that Twitter’s rules enforcement priorities may be skewed in the wrong direction.

Users can report violations that fall under a list of categories outlined by Twitter such as impersonation of an individual or brand, private information, abusive behaviour and violent threats, and spam and system abuse.

The platform describes abusive behaviour as wishing or hoping serious harm on a person or group of people or using aggressive insults with the purpose of harassing or intimidating others.

While it takes action against excessively aggressive insults that target an individual, including content that contains slurs or similar language, Twitter also maintains it will not take action against every instance where insulting terms are used even if the user finds it offensive.

These inconsistencies in its enforcement of rules dredged up a few questions about the platform’s moderation. When assessing reports, do the moderators evaluate the context of the tweet or take action on face value? Then there is the question of the type of accounts reporting the tweets — which in the case of systematic reporting renders the whole process flawed.

Finally, Twitter says it does not allow platform manipulation that “artificially amplifies or suppress information or engage in behaviour that manipulates or disrupts people’s experience” on the micro-blogging site. Ironically, none of the accounts involved in manipulating its rules enforcement policy have been taken down for violation.