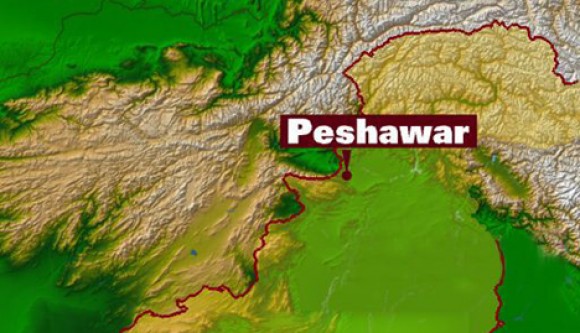 Terrorists struck again on Sunday, lobbing two grenades into a Peshawar cinema house as people watched a Pushto movie. Four persons were killed and at least 31 others injured for enjoying a normal, legitimate entertainment. Published pictures of the incident presented a scene of utter devastation with blood splattered all over the floor and shoes left behind by panic-stricken survivors as they rushed out to save their lives. The usual suspect, the TTP, said it had nothing to do with the carnage. It may not have ordered this particular attack, but one of its affiliate groups certainly is responsible for it. The KPK government offered an unpalatable explanation as the provincial Information Minister Shah Farman said, “whenever there are prospects of peace talks either drone attacks take place or such acts of terrorism are engineered by elements averse to negotiations.” In other words, a ‘foreign hand’ was involved.

The Taliban in the past have been attacking and burning CD shops. A few years ago, they had bombed a cinema in the city, leaving nine people dead. Considering the behaviour pattern there should be no doubt in anyone’s mind as to who is responsible for the latest bloodletting. Notably, the police are reported to have claimed that they had already warned cinema owners of possible attacks, telling them to improve security arrangements. And that they made the same information available to the government. In pointing the finger at foreign hand the provincial authorities seem to be trying to cover up their own laxity in dealing with the threat. It is not right to shift the entire blame for lack of proper security to cinema owners and responsibility to “elements averse to negotiations.” Cinema managements are at fault for not putting in place proper security measures. It seems that there was no metal detector door or physical checking of people’s personal belongings at the entrance. These are standard measures in most other big cities. The government also needed to ensure compliance. Such checks could have prevented the terrorist (according to the police, the grenades were hurled by a single person from the theatre’s rear rows) from bringing in the grenades and cause so much harm.

As for the other issue, when the police say they had advance information about the threat, it is reasonable to expect they had information about the perpetrators’ identity too. The present investigations may take a while to be completed. Once the job is done, the identity of those behind this act of terrorism must be made public. The people need to know who the perpetrators are, and how they want to reorder this society according to their narrow bigoted worldview. That is all the more important considering that despite so much bloodshed at the hands of violent religious extremists, there still are Taliban apologists in the mainstream of our national life who argue that Muslims cannot shed Muslim blood.