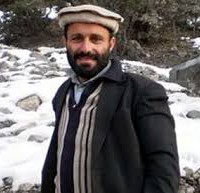 On the morning of 3 November 2015, one day after the International Day to End Impunity for Crimes against Journalists, journalist Zaman Mehsud was killed when unidentified gunmen opened fire on his motorcycle in Tank, a district in Khyber Pahktunkhwa province, Pakistan. According to Reuters news agency, the Taliban claimed responsibility for the attack. Taliban […]

ISLAMABAD: An association of Pakistani schools held an “I am not Malala” day on Monday, condemning young Nobel peace laureate Malala Yousafzai for what it called her support for controversial novelist Salman Rushdie. Education campaigner Malala was shot in the head by the Taliban in October 2012 but recovered and went on to win this …

TV reporter was arrested in eastern Afghanistan after going to northwestern Pakistan to interview Taliban Reporters Without Borders and the Pakistani NGO Freedom Network condemn the four-year jail sentence that an Afghan court has imposed on Pakistani TV reporter Faizullah Khan for illegally crossing into Afghanistan while researching a story on the Taliban. Announced on …

New York: A Pakistani television journalist was convicted on charges of travelling to Afghanistan without travel documents and sentenced to four years in prison, Pakistani officials said on Sunday. He had initially been accused of spying by Afghan authorities, according to news reports. An Afghan court in eastern Nangarhar province convicted Faizullah Khan, a reporter …

ISLAMABAD: A court in Afghanistan has sentenced a Pakistani TV journalist to four years in prison on charges of travelling to the neighbouring country without documents, Pakistani diplomatic sources said on Sunday. Faizullah Khan, a reporter for Karachi-based ARY News, was detained by Afghan authorities in eastern Nangarhar province in April this year. Some reports …

NEW YORK: Famous American author and journalist David Rohde, who escaped from Taliban captivity, has said that Pakistan should adopt a both dialogue and offence policy towards Taliban and it seems as if the Pakistani government is adopting the same combination. The people who believe in dialogue should be treated the same way but the …

ISLAMABAD: Media persons staged a walkout from the Press gallery of the National Assembly on Monday in protest against the killing of three Express News staffers in Karachi. The boycott was jointly announced by the Pakistan Federal Union of Journalists (PFUJ), National Press Club (NPC) and Parliamentary Reporters Association. NPC President Shehyar Khan, while pointing …

PESHAWAR: Militants continued targeting CD centres in the rural Peshawar as another shop was bombed in Matani early Sunday. The officials of Matani Police Station said the militants had planted explosives near the CD shop owned by one Israruddin that went off in the midnight. The CD shop was destroyed while four nearby shops were …