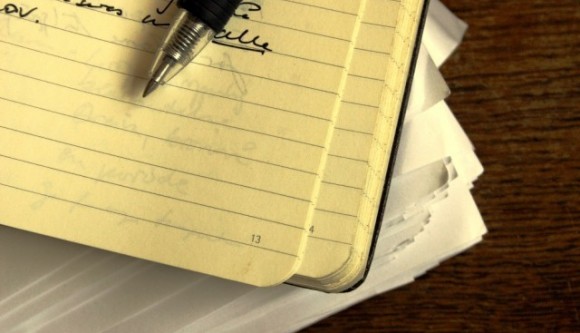 NEW YORK: Famous American author and journalist David Rohde, who escaped from Taliban captivity, has said that Pakistan should adopt a both dialogue and offence policy towards Taliban and it seems as if the Pakistani government is adopting the same combination.

The people who believe in dialogue should be treated the same way but the policy of offence should be adopted for those who are not ready to abandon violence.

“Islam preaches peace, Prophet (PBUH) never kidnapped the unarmed people but they (Taliban) do,” David Rohde told a delegation of eight Pakistani journalists currently visiting US. They met at the 19th floor of his office’s meeting room, located in the famous Times Square of New York.

Rohde hit the headlines of international papers when he escaped the detention of the Taliban in 2009 after 7 months of his kidnapping.

He is currently working on a senior position at an international wire service and author of three books, including, “A Rope and a Prayer: A Kidnapping from Two Sides” which he co-authored with his wife Kristen Mulvihill in 2010 containing the details of his kidnapping by Taliban. For his security media at large had blacked out the news of Rohde’s kidnapping. On the black out policy of his kidnapping he said that it helped as Taliban want such news hit the headlines. “I have been stopped by my family to go back to Afghanistan or Pakistan but I miss my days in Pakistan,” said David Rohde while taking a deep breath.

The Pulitzer Prize winning journalist said that Pakistani media is doing a great job. He observed that the landscape of Pakistan is changing rapidly by the development of media which is progressing each day.

While recalling his first hand experience with Taliban, Rohde recalled that Taliban were jubilant when there was a blast in a Peshawar mosque. He said that Taliban told him that they (Taliban) think that the people who accept the “infidel governments” are also infidels so they have no mercy for them.

He shared that he was actually kidnapped by the Haqqani network.

He wanted to interview a local Taliban commander Abu Tayyab who was already interviewed by couple of international news organizations but when he reached the given place with the help of local journalist friend Tahir, he was kidnapped and handed over to Badruddin Haqqani, who also used to take him for “picnic” in the mountains of Tribal Areas of Pakistan where he had been shifted.

He recalled that Badruddin used to call him a “jasoos” (spy) and would let him practise gun firing , just to check if I knew how to use the guns or not. He said one day he escaped along his Afghan journalist fellow and reached to nearest Army check post, where soldiers pointed their guns towards him. He said that his fellow journalist loudly introduced themselves and told the soldiers that they were kidnapped by Baitullah Mehsud. He admired the sharpness of his Afghan journalist colleague saying that he knew that Pakistani army was fighting with Baitullah Mehsud so they would not harm them.

He recalled that a young Pakistan Army Captain Nadeem Khattak reached the spot and gave him a Pakistan Tele Communication (PTCL) card to make telephone calls. “I made a call to my home but phone was on messaging later my mother in law picked up the phone and she was very angry as I had gone to Afghanistan only after two months of marriage,” David told.

He added that he told her mother-in-law that he was in Miranshah and escaped from the Taliban kidnappers. He lauded the positive role played by the Pakistan Army Captain and added that later he was taken to Islamabad by helicopter from where he flew to US.

David was happy to see Pakistani journalists in America and said that Pakistani media is changing rapidly. He said that there are problems of bias sometimes but more speech is the answer of biased speech.