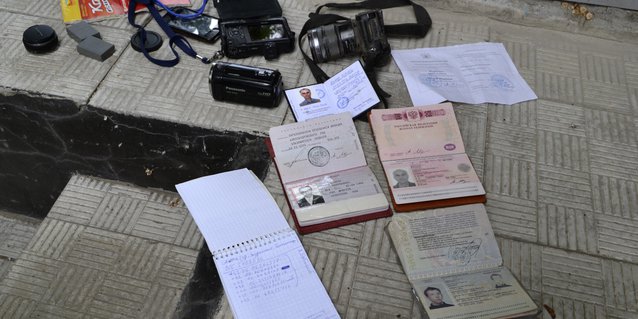 Ukraine was the most dangerous country for journalists in the first six months of 2014 with seven members of the news media killed, according to the International News Safety Institute’s biannual survey of news media casualties, Killing the Messenger.

This was Ukraine’s first time in the top five since INSI began keeping casualty records over a decade ago.

Eastern Ukraine has been gripped by violence after protests in the capital Kiev toppled Moscow-backed president Viktor Yanukovich earlier this year, sparking fighting between nationalists and pro-Russia separatists.

At least five members of the news media have been killed in the country’s east over the past two months. Veteran Russian cameraman Anatoly Klyan was killed when the bus he was travelling in, headed towards a Ukrainian military base, came under attack just north of Donetsk. Russian television journalist Igor Kornelyuk and sound engineer Anton Voloshin died after being hit by mortar fire while they were reporting near Lugansk. Italian journalist Andrea Ronchelli was killed alongside his Russian interpreter Andrey Mironov in May as they covered fighting between government forces and pro-Russian insurgents near Slaviansk.

Countless other journalists in the region have been threatened, attacked and kidnapped.

Six journalists have also died in Iraq where government forces and their allies has been battling an insurgency spearheaded by the Islamic State of Iraq and the Levant (ISIS).

Iraq has consistently been among the most dangerous countries for journalists, who are victims of threats and violence from security forces and armed groups. However, the security situation has deteriorated considerably since ISIS began a major offensive in June. Cameraman Khalid Ali of Al-Ahad TV and freelance photographer Kamran Najm Ibrahim both lost their lives in June while covering the fighting between pro-government forces and militants in Diyala province and Kirkuk.

Syria and Pakistan were the third and fourth most dangerous places for journalists, with five members of the news media killed in each country. Syria was the most dangerous country in 2013 and 2012.

Four journalists were killed in Afghanistan in the first six months of the year and three in the Philippines.

The biannual Killing the Messenger report, carried out for INSI by the Cardiff School of Journalism and compiled in cooperation with INSI’s regional contacts, is an analysis of media casualties around the globe. INSI records all deaths, whether deliberate, accidental or health-related, of journalists, media workers and support staff who are killed while on assignment or as a result of an attack on their news organisation.

According to our research, 61 journalists have died carrying out their work so far this year – a worrying rise in the global death toll, as 40 journalists had died by this time in 2013. This latest figure is a conservative estimate as INSI has identified 14 journalists and support staff who also died this year, though it is unclear if their deaths were related to their work in the media.

According to the report, 36 journalists lost their lives in armed conflict situations, with 25 killed in peacetime covering issues such as crime and corruption.

Local journalists bore the brunt of the deadly violence aimed at news media, with 49 killed covering their own country.

Most of the killers of journalists enjoyed complete impunity with suspects identified and arrests made in just seven cases.

INSI calls on all parties in these countries to respect the safety of journalists and allow them to go about their business free from harm or threat of harm.

Other journalist support groups that are members of INSI maintain separate casualty records based on their own criteria including the International Press Institute, the Committee to Protect Journalists and the World Association of Newspapers.