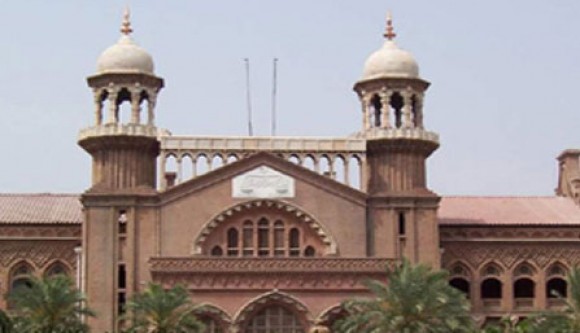 LAHORE: Hearing a petition against the blacking out of Geo News on cable network, the Lahore High Court on Thursday asked both the sides to come up with arguments on points whether the steps taken by Pemra for the restoration of Geo News were in line with the Supreme Court’s order or cable operators were duty bound to run a specific channel on a specific slot and what were the terms and conditions of their licences to that effect.

The court further said it was yet to be seen what course could be adopted if the cable operators did not broadcast transmission of a channel on a specific slot.Justice Ijazul Ahsan was hearing a petition of the Independent Media Corporation against not restoring the Geo News transmission on the specific slot in line with the Supreme Court’s orders.

At the outset, Pemra informed the court that show-cause notices had been issued to cable operators who did not available on cable network.Geo News counsels Behzad Haider and Jam Asif argued that the transmission had not been completely restored and it was totally closed in many areas. They pointed out that the cable operators had not restored Geo News transmission on its slot as it was on April 19.

During the hearing, Azam Nazir Tarar appeared on behalf of Pakistan Broadcasters Association and requested the court that the association wanted to become a party in the case. He said the association had 127 members and they might be affected by restoration of Geo News to its previous slot. The Geo News counsel opposed it; the court, however, adjourned the hearing till July 25.