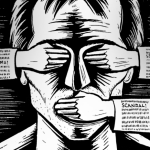 SHIKARPUR: A senior journalist associated with a Sindhi daily was shot and wounded by some masked assailants near the Gul Wah (irrigation channel) area here on Tuesday.

Jameel Ahmed Mahar, also the senior vice president of Shikarpur Union of Journalists (SUJ), was chased and attacked in the area falling within the limits of Chak police station.

Area residents told police and local reporters that he was followed by two assailants riding a motorcycle and escorted by some people riding a car. They said that the pillion rider fired several shots at him.

Mr Mahar sustained bullet wounds in his legs. Onlookers rushed him to the Lakhi Taluka Hospital, where doctors provided him emergency medical aid and referred him to the Sukkur Civil Hospital for further treatment.

A large number of media personnel visited him at the hospital to inquire about his health. Doctors later told them that his condition was stable.