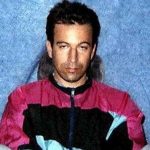 The Supreme Court (SC) has rejected the Sindh government’s petition to suspend the Sindh High Court (SHC) judgment in the murder case of American journalist Daniel Pearl. Justice Manzoor said that the appeal cites irrelevant provisions and hence the accused will be released and acquitted as per the SHC’s verdict.

He said that the kidnapping of Daniel Pearl must be proved and that hasn’t been done already. The Sindh government claims that a conspiracy was built up in Rawalpindi but what happened needs to be proved with evidence.

Justice Malik said that the court should be provided with a complete record of the case so that he can look at all of them and further make conclusions based on facts.

The apex court ordered the counsel representing the provincial government, Farooq H Naek, to submit the detailed record before the court for the case to be further heard. The hearing was then adjourned indefinitely.

The Sindh government had however asked for an extension in the deadline for submitting the trial records to the court.

He has also asked the court to check if the confession and identification of the accused were in accordance with the legal procedures or not.