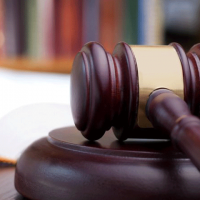 KARACHI: The Sindh High Court on Thursday ordered restoration of the licence of Bol TV channel which was revoked for failing to secure security clearance for its directors from the interior ministry.

A two-judge SHC bench, headed by Justice Aftab Ahmed Gorar, suspended the operation of the Pemra order on a petition of the TV channel and issued notices to the deputy attorney general, regulatory authority, interior ministry and other respondents for May 10.

Soon after the court’s order, the channel was back on air.

The petitioner’s counsel, Shahab Sarki and Adnan Memon, contended that Pemra had revoked the licence with mala fide intent. They informed the court that the petitioner had submitted a reply, along with a security clearance certificate, to Pemra’s show cause notice to the TV channel.

Shoaib Shaikh, chief executive officer of Axact, along with other directors of the company, was taken into custody on May 27, 2015, after investigators found hundreds of thousands of forged degrees and students’ identity cards from a secret office of the company in Karachi.

In August last year, the SHC granted bail to Shoaib Shaikh and 13 others in the fake degree case. They had remained in custody for 15 months. CEO Shaikh was also acquitted by a sessions court in Karachi on a charge related to money laundering.

The same two-judge bench also remanded the application of the Axact CEO and others for acquittal in the fake degree case to the district and sessions court with a directive to dispose of the matter within two weeks.

Mr Shaikh and his co-accused had moved the SHC against the rejection of acquittal plea by the district and sessions court.

The Axact scandal surfaced in May 2015 when The New York Times published a report claiming that the company had sold fake diplomas and degrees online through hundreds of fictitious schools, making “tens of millions of dollars annually”.

Subsequently, the offices of Axact were sealed, its CEO and key officials were arrested and an investigation was launched on the basis of the allegations levelled by the newspaper.

On May 27, 2015, the Federal Investigation Agency had detained scores of Axact employees, including its executive body members and the CEO, during raids in Rawalpindi and Karachi. They were remanded to judicial custody in June that year.

The All Pakistan Newspapers Society has welcomed the Pemra’s decision to close down all television channels owned by the Axact group.

The APNS, in a statement on Thu­r­s­­day, said the presence of “rogue elements” in the media ranks had not only tarnished its image but also lowered the sanctity of freedom of expression.

“The media have been urging the state to take stern action against those who have vested interests and use the cover of freedom of expression for realising their motives. This has lowered the esteem of journalism earned through a long struggle,” the statement said.

“The APNS hopes that the action by Pemra will help restore the authenticity and sanctity of media.”

The APNS pointed out that “these elements have plans to launch print ventures to further their interests”, expressing its resolve to protect freedom of the press at all costs.

“The APNS urges the federal government not to issue any declaration to persons who are directly or indirectly related to such elements,” the statement said.