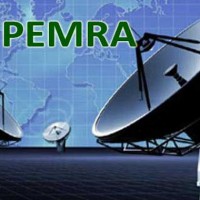 The regulatory body issued guidelines asking all TV channels to strictly follow the code of conduct during the holy month and avoid airing controversial content.

The PEMRA said, in last few years, special Ramazan programmes had helped increase the ratings of TV channels but the regularity body had also received several complaints against TV channels due to the poor content of these transmissions.

“The complainants had raised the issue that the several TV channels air the programmes without proper script related to Ramzan and these programmes destroy the concept of religious ethics and morals and even promote sectarianism,” it said.

The regulatory body advised the TV channels to prepare their programmes in the light of PEMRA’s instruction and avoid spreading the chaos in society.

The PEMRA asked TV channels to only invite those people as gussets who have enough knowledge of Islam and preach the public in this month.

“All shows should be scripted and no vulgar language would be acceptable. All channels should follow the dress code and ensure their host and guests would wear traditional clothes during Ramzan transmissions and non-Ramazan transmissions should be aired after 9 pm,” it said.

The PEMRA asked morning shows to only invite guests with expertise on topics of discussion and avoid highlighting family problems on TV.  It advised the channels to invite scholars and knowledgeable persons as guests as a learning experience for viewers and keep in mind no guest and audience member was asked to dance and sing.

The PEMRA has also issued the instruction about dramas and said that all TV channels make sure that they would not air the kissing or hugging between the opposite sex and no bedroom scenes should be aired. “Black magic should not be promoted in TV drama series during the holy month as well as family matters should also not be aired in the negative sense.

The Pemra said it would take strict action against any person or channel found violating these guidelines.