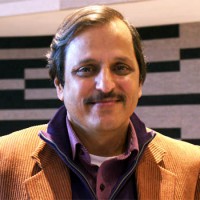 KARACHI: Speakers highlighted the importance of a free and fair press at a conference held at a local hotel on Saturday in connection with World Press Freedom Day.

Before the first interactive session hosted by Najia Ashar, a documentary on the plight of journalists working in the Federally Administered Tribal Areas was shown. It was a moving film that highlighted how journalists work in adverse circumstances in the area, and when they suffer irreparable losses no one — including media bodies — comes to their help.

Journalist Mazhar Abbas was the first to answer the host’s questions. He said it was the state’s duty to look after journalists, but it was not doing it. The basic labour laws are not being implemented. Speaking on the current state of the media, he said he had learnt from his seniors to “get the news first, but first get it right” because accuracy counted in journalism. He lamented that these days the editor’s institution was being compromised. In this connection, he gave the example of Quaid-i-Azam Mohammad Ali Jinnah who appointed Pothan Joseph as the first editor of Dawn because he didn’t want to compromise on editorial competence. Nevertheless, Mr Abbas lauded Pakistani journalists for being part of an unprecedented struggle.

Journalist Imtiaz Alam said it was not just the journalists who should have freedom of expression; the citizens of the country also had the same right. Like the media, they too have the right to know. He asked the question who the rulers of the country were: government or the deep state? He, however, said that the kind of interference [in media affairs] that was happening in democratic times was no different than the sort of interventions of martial law regimes.

Mr Alam said: “Media is no more a mission, it’s a business. Media has gone mad.” He said he found it strange that using the peg of ‘corruption’ democracy was being targeted.

Businessman Arif Habib said the business community attached great importance to the media. He suggested that there should be a media licence regime. He also came up with the advice that [media] management and ownership should be separated.

Journalist Amir Zia raised the point that if everyone agreed that mediocrity (aamiana pun) had crept into the media, then they should try to know where the problem lied. He stressed that it was not a ‘journalistic problem’. “The problem is that owners [of media houses] have gotten control of the newsroom(s).” Touching upon the subject of regulatory bodies, he said the reason there was a code of ethics for journalists in other countries was that they had strong defamation laws, which held people accountable.

Pakistan Tehreek-i-Insaf leader Arif Alvi quoted Harry S. Truman saying you should never read only one newspaper. Talking about the media’s responsibility in countries’ affairs, he said the media had played a role in the US attack on Iraq on the pretext that the latter had weapons of mass destruction.

Sindh Chief Minister Syed Murad Ali Shah delivered the concluding remarks. He said democracy could not flourish unless there was freedom of the press. At the same time journalists have a great deal of responsibility. “These days, people don’t read newspapers as much and instead watch TV programmes from 7pm to 11pm. TV anchors need basic training to do their job.”

As the finance minister of the province, Mr Shah said he had taken part in television shows. Answering questions on those shows, he found out that there were journalists who did not know their job.

Mr Shah agreed with a previous speaker on looking into labour laws and said steps should be taken for journalists’ protection. He endorsed the idea of a public-private partnership to set up a training academy for journalists, for example, in collaboration with the Karachi University’s Mass Communications Department. He disagreed with the notion of a speaker that social media couldn’t be controlled, and said social media also should have ‘norms’.

Aneeq Ahmed, Dr Jabbar Khattak, Nasira Zuberi and Maqsood Yousufi also spoke. The second and final session of the conference was on freedom of information.

The conference was organised by Triple-e, an event management company, in collaboration with the National Press Club of Islamabad and the Karachi Press Club.