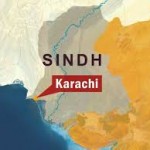 A handout quoted him as saying that the government would not allow any sort of restriction on the freedom of journalists, and people involved in the torture incident would be taken to task without any discrimination.

It said that as media reports emerged regarding police personnel in civvies resorting to manhandling newsmen, especially cameramen, the outside high court premises, the minister contacted the Sindh and Karachi police chiefs and secured information about the incident.

Memon said the PPP had always believed in the media freedom and held high its cause whether it was democratic or autocratic rule in the country.

He said the PPP had never tried to stifle the voice of media as in fact it was the party, which rendered maximum sacrifices for freedom of media. He said that PPP would always be at the forefront for the cause of freedom of media.