Home » Featured » ‘Setting up media courts is an attack on media’ 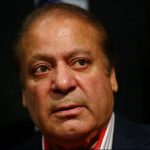 LAHORE: A Pakistan Muslim League-Nawaz (PML-N) lawmaker termed the government’s suggestion of setting up media courts as an “attack on the media itself”.

Member of Provincial Assembly (MPA) Hina Pervez Butt strongly condemned the government’s suggestion in a resolution submitted at the Punjab Assembly secretariat. The MPA contended that the government’s act of censorship is tantamount to an attack on the entire media community.

She further said such steps are being taken to curb the freedom of expression. “It is an effort to suppress the voice of the public through such sanctions. Setting up media courts is an attack on the media.”

The MPA vowed complete support for journalists across the province. “We will participate in every protest held by the journalist community to foil any conspiracy hatched against the independence of journalism.”

She demanded that the House remove any sort of censorship from the media so that people can be given the opportunity to speak without the fear of retribution.

Speaking to The Express Tribune, she strongly condemned the government’s proposals and said that the previous PML-N government had not committed any act to control the media.

She claimed every citizen was astonished over the fact that media channels were restrained from covering Maryam Nawaz. She urged the authorities to take every step to pull the country out of its current imbroglio rather than targeting a single party under the garb of impartial accountability.