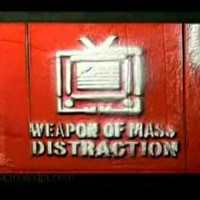 ISLAMABAD: With unqualified or people with dubious credentials handing out health and beauty tips using herbs and vegetables on television shows, senators have demanded that the regulatory authority should crack down on the practice.

“My maid used one of the tips [advised in a morning show] and it burnt her face,” Senator Ateeq Shaikh said during the Senate Standing Committee on National Health Services Regulations and Coordination

“My wife asked me to take up the issue in the committee,” Senator Shaikh added.

The senators expressed concerns over self-proclaimed experts, who do not have any credible credentials, giving beauty and health tips on television. They noted that this was a dangerous trend and could cause hazardous side effects for those using the unqualified tips.

Senator Shaikh added that those who were handing out health and herbal tips on television were neither doctors nor qualified hakeems.

“In morning shows, some jack-of-all-trades comes along and gives various beauty tips mixing various vegetables, fruits and other household items to apply on the face, but they do not have credible credentials,” Senator Shaikh said as he narrated the story of his household help. He suggested that the Pakistan Electronic Media Regulatory Authority (PEMRA) should be directed to take notice and ban those ‘experts’ who were not qualified to give health tips.

The News: Pemra given time to produce record in hate speech case