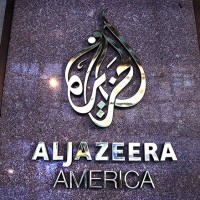 IT is an unequivocal assault on journalistic freedom in a region where a free media is either non-existent or frequently under attack by authoritarian states. Simply, Al Jazeera is a journalistic endeavour worth protecting — the integrity of the media being easily gauged by the array of powerful forces against it. Qatar that created and finances Al Jazeera is not a democracy. Al Jazeera Arabic has at times promoted dubious ideologies and given favourable coverage to political movements that may rightly be regarded as supporting militancy. But Saudi Arabia, the UAE, Egypt and Bahrain have demanded that Qatar shut down Al Jazeera because it gives a platform to political voices and dissent that the regimes in those countries fear. While the glow of the Arab Spring has faded, the alarm it generated in authoritarian regimes across the Gulf and the Middle East has not.

It is facile to suggest that Al Jazeera fomented the Arab Spring, but certainly without Al Jazeera the Arab Spring may not have received the international coverage it did. That itself makes it immensely valuable to free expression, a platform for popular sentiment in a region where state propaganda dominates the public space. Yet, an independent-minded media is not merely about being a witness to regional upheavals or grand realignments. It is also about the everyday information that helps create an informed polity and a politically savvy public. Al Jazeera is perceived as dangerous by hostile regional powers because it has helped changed perceptions about the range of opinions that can be publicly expressed. Saudi Arabia, the UAE, Egypt and Bahrain want to control the flow of information because they fear their own publics. Each has created a mirage of popular support via oppressive propaganda and public handouts that petro-states can often afford, but the brittleness of those regimes is apparent. Unwise as its neighbours’ quest to batter Qatar into submission is, the attack on Al Jazeera is potentially disastrous. Qatar will hopefully allow Al Jazeera to stand proud and tall.