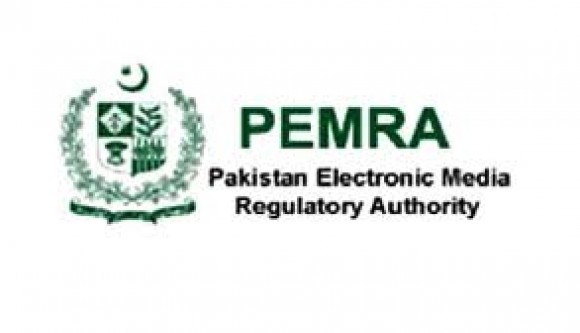 ISLAMABAD: Senate Standing Committee on Information and Broadcasting on Tuesday recommended ban on telecasting of foreign content by foreign television channels including dramas with Urdu dubbing during 7 pm to 11 pm to save the local artists and drama industry.

Senate body also directed for rationalizing showing of foreign contents by 10% by local channels and make sure these 10% contents are shown within 24 hours and not during prime time alone.

Senator Rasheed argued that Urdu-One Channel was not as famous like CNN, BBC or HBO and why this has been allowed to show as much foreign contents with Urdu Dubbing.

However, federal minister for information suggested the committee that a joint meeting of National Assembly and Senate committee on Information and Broadcasting be convened so that joint recommendations be finalised and placed before the assembly for remedial measures.

Secretary information Agha Nadeem briefed the committee that two inquiries initiated by the ministry revealed that Dubai based Urdu-One Channel was allowed to air its programmes after meeting all the requirements of PEMRA.

However, Senior Actor Qavi Khan, Rashid Khawaja and Senior Drama Artist Samina Ahmed, while pleading their case before the committee, were of the view that although the Urdu-One Channel had been allowed to air its programmes in Pakistan, however, showing 90% foreign contents especially with Urdu dubbing was sheer violation of the PEMRA Act. They also contended that by showing foreign dramas with Urdu dubbing had destroyed local drama industry by 40% till date and remaining 60% industry would vanish if parliament and state institutions did not came for its rescue. They proposed complete ban on foreign dramas with Urdu dubbing on foreign channels as well as local channels.

Responding to these demands, federal minister for information recommended that a one each member from NA and Senate Committees on information, Secretary Information, Chairman PEMRA and a representative from drama industry be formed for reviewing the already completed inquiries in the matter of Urdu-One Channel. He also argued that foreign channels were showing not only the dramas but also showing news and current affairs programmes, documentaries and many interesting programmes and a blanket ban would hurt open policy of the government as well as relations with friendly countries. He suggested that let both the committees of the parliament recommend jointly the measures for redressal of the situation so that a comprehensive proposal is placed before the assembly for approval and amendments in the law.

Senator Dr Saeeda Iqbal said that only PTV was showing Pakistani dramas and all the foreign and local channels as violating the law by showing foreign dramas and impacting negatively the local industry.

Senator Zafar Ali Shah recommended that a ban on showing foreign dramas with Urdu dubbing be banned during prime time from 7 pm to 11 pm so that Pakistani dramas could get their due importance and viewership. Chairman Kamil Ali Agha and other members accepted this proposal and asked the ministry to implement this till the time the stakeholders find the solution to this situation.

Senior Actor Qavi Khan, Rashid Khawaja and Senior Drama Artist Samina Ahmed were not satisfied on the replies from the government side and said that local artists be given due protection and opportunity as they were not only taxpayers but production houses are also creating more job opportunities in the country.