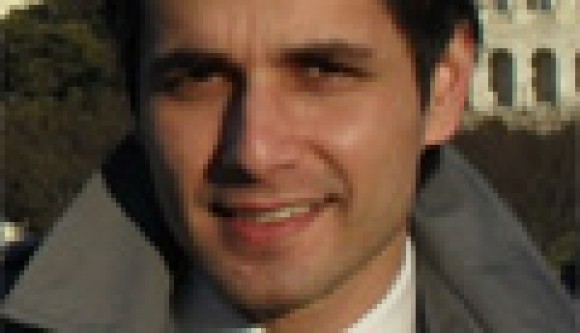 The brutal killing of the senior tribal journalist and president of the Miranshah Press Club, Malik Mumtaz, has once again highlighted the conditions that the brave tribal journalists have been working under at the cost of their lives. On February 27, unidentified men in a car in Miranshah, North Waziristan, intercepted Malik Mumtaz’s vehicle and opened fire, killing him on the spot. In the past decade, Malik Mumtaz was the ninth tribal journalist killed in the line of duty, leaving a question mark over the Pakistani authorities as well as on the willingness of media outlet owners to protect their most vulnerable employees operating in the violent tribal areas. It is indeed very sad to see the powerful media outlets more interested in investing to enhance their channel ratings but least bothered about the safety of their unpaid or underpaid tribal workers. How ironic that a costly camera that a journalist carries is insured as property of the channel, but the poor journalist cannot have a life insurance policy. In the west, it may be a Pulitzer that the journalists dream of in their career, but it is life insurance that tribal journalists would hail and celebrate as if they had been awarded a Pulitzer.

It does not come as a surprise that the killers in all cases remain unidentified. Two powerful stakeholders in the tribal areas — the security forces and the Taliban — are never happy with tribal journalists’ work for obvious reasons, as both want the media on their side. Amnesty International and the Committee to Protect Journalists (CPJ) have repeatedly raised their concerns on the threats and pressure that tribal journalists face on a regular basis but all in vain.

As a tribal journalist described, “If we report a factual account, one or the other stakeholder comes after you, so the majority of us has adopted the way of crafting vague stories to save our lives.” Yet they are not left alone, and Malik Mumtaz became the latest victim of the volatile and conflict-ridden zone.

Whether it is in The New York Times, The Washington Post, The Guardian, The Telegraph or BBC and CNN, tribal journalists have been playing a critical role to let the world know what is happening in the most dangerous, neglected and volatile areas of Pakistan. It would be shocking for many in the international media to know that the majority of the Pakistani media houses do not pay tribal journalists for their extremely dangerous job. The interesting news stories, and often the headlines of Pakistani channels, come for free from journalists who might have risked their lives to get the story. Another bitter fact is that tribal journalists who work for the foreign media get peanuts in return as their bosses sitting in safe Islamabad grab most of their share, but it does not stop here. The next morning the west wakes up to an exclusive story filed from Pakistan by big names, but very few know that an unknown poor tribal journalist had risked his life for this story, for a mere $ 20.

It certainly does not end with the financial exploitation of tribal journalists. If the security forces or the Taliban are not pleased with the way news is being reported, what happens next? Nothing better than the death of nine tribal journalists can explain.

In November 2012, journalists from the Khyber Agency were called by a high-ranking official seeking support for a military operation, in fact dictating to them how they should be reporting to highlight the success stories of military operations against militants. A senior journalist who attended the meeting said, “The officials were disappointed and furious over reporting the civilian casualties caused by heavy shelling.” The same journalist said that militants carried out a few public executions on charges of adultery in the last few months, and every single journalist was threatened not to report the facts unless their reports stated that those people were killed by unidentified gunmen.

“If the military cleanses the area of militants, we are out of the frying pan into the fire.” The journalist who was quiet when asked for permission to be quoted, after a deep breath added, “Well, you can quote me to push the number of killed tribal journalists into double figures.”

According to Amnesty International, many tribal journalists have fled their local areas and relocated in and around Peshawar due to continued pressure and threats that they and their close relatives face. But they are not left alone in Peshawar either; they are followed, compelled to report their whereabouts to the authorities, and needless to mention that if the TTP spokesperson can call senior journalists in Islamabad, where would the little unpaid tribal journalist hide? For the same reasons, they are forced to present half of the picture of the conflict zone for the safety of their loved ones. Why should they risk their life for presenting a story based on facts when the state fails to protect them?

So far all perpetrators involved in the killings remain at large; no investigation is being conducted and no arrests have been made. The September 2006 report of Justice Mohammed Reza Khan’s investigation into the murder of a tribal journalist is yet to be released. Hayatullah was murdered after doing his last assignment in the lawless region of North Waziristan. His last assignment was a story about a US-made Hellfire missile that had struck a house in the town of Miranshah, killing senior al Qaeda figure Hamza Rabia. This assignment annoyed the powerful stakeholders to the extent that Hayatullah was abducted the very next day, went missing for six months, and was finally killed.

Pakistan is known as one of the deadliest countries for journalists across the globe. While I write these lines, another journalist, Sabz Ali Khattak, has been attacked by unidentified men in Karak, Khyber Pakhtunkhwa (KP); 49 journalists have been killed in the line of duty in the past 10 years in Pakistan, according to a report released by the Pakistan Press Foundation in November 2012; 35 of them were deliberately targeted and murdered. Out of these 49 journalists, 14 were from KP, 12 from Balochistan, nine from Sindh, nine from the tribal areas, three from Punjab and two from Islamabad. Apart from the killers of The Wall Street Journal’s correspondent Daniel Pearl, none of the killers of murdered Pakistani journalists has been brought to justice. According to Amnesty International’s senior researcher Mustafa Qadri, this picture clearly reflects that these killers work with total impunity and the government is either unwilling, or sadly, unable to stop them.

So far no one has claimed responsibility for killing Malik Mumtaz. But according to the CPJ he had received threats for his reporting in the past. His most recent stories included coverage of the general violence in North Waziristan and reports on the controversial issue of a local polio vaccination programme. While condemning the killing of Mumtaz, the CPJ officials based on the information received from tribal areas stated, “Journalists working there are often threatened by several sources — militant groups, criminal gangs involved in drug trafficking and arms dealing, and the Pakistani military and intelligence organisations.”

The Taliban has condemned Malik Mumtaz’s murder and security forces have forwarded condolences to his family too, creating another opportunity for their countrymen to plot the latest conspiracy theories. We may perhaps hear in a few days that a western country or Jewish lobby has killed the poor tribal journalist because he was considered a threat to Christians and Jews! And it won’t be shocking to hear that Malik Mumtaz was an undercover agent of a foreign intelligence agency!

The Tribal Union of Journalists announced one week of mourning; press clubs and unions of journalists across Pakistan will surely have a few days of protests and vigils to remember Malik Mumtaz who gave 20 years of his life to a profession that took him away forever from his wife, two young sons and a daughter. And for what reason? Perhaps they will never know.

Rest in peace, Malik Mumtaz, as your colleagues prepare for more vigils.

The writer is a London-based Pakistani Pashtun associated with a leading international broadcasting organisation. He writes on militancy, Af-Pak affairs and South Asian politics and can be reached on adil.shahzeb@gmail.com and on twitter @adilshahzeb