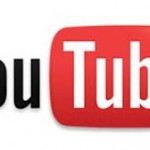 Senate Functional Committee on Human Rights on Friday recommended unblocking of ‘YouTube’, a social website blocked since a blasphemous movie “Innocence of Muslims” was uploaded on the website. The committee was of the view that political decision should be taken to unblock the YouTube.

Blasphemous material is still present on the social website, proving that 100 percent result was not achieved regardless of different software, including web-filtration technology used by Pakistan Telecommunication Authority (PTA) to block the sacrilegious content. The committee directed the PTA to submit a comprehensive report about the efforts made by the authority to block the sacrilegious material. The committee members, who met with Senator Afrasiab Khattak in the chair, proposed the chairman to pass a resolution, urging the government to unblock YouTube.

Representative of the PTA, while briefing the committee about measures taken to block the URLs containing sacrilegious content admitted that virtually it was impossible to block completely any offensive material on the internet including YouTube. The Ministry of Information and Technology (MoIT) due to its own initiatives was able to identify approximately 4,000 URLs containing blasphemous video “Innocence of Muslims” on the YouTube and handed over the information to PTA.

PTA has taken the tally to 6,000 as of now, he said, adding that at the moment up-to-date filters were placed at the two international bandwidth operators, including PTCL and TWA. While discussing the long march held by an organisation named Voice of Missing Persons of Balochistan, the committee decided to write a letter to the Prime Minister, urging him to give a serious consideration to the demands of the protestors. The PM would also be requested to restore original status of the Ministry of Human Rights.

The chairman committee endorsing hardship being faced by the participants of the protest said they had protested in legal and civilised manner. Aftab Khan Joint Secretary Ministry of Law told the committee that the march was organised for the recovery of Baloch missing persons. The march started from Quetta and it proceeded towards Karachi on October 27, 2013 after 27 days it reached Karachi Press Club and then on December 14, 2013 they have started marching toward Islamabad.

Senator Farhatullah Babar said the government was not showing seriousness to Human Rights issues, which was proved with the fact that so far no measure was taken to address the grievances of the protestors. Pakistan has signed as many nine international treaties pertaining to the human rights abiding the government to address the issues directly linked with the human rights violations, he maintained.

Senator Mushahid Hussain Sayed suggested that all the participants of the long march would be invited in the committee and the committee should host a reception to welcome them. While drawing the attention of the committee toward extra judicial killing of MQM’s workers in Karachi, Senator Nasreen Jalil said as many as 12 workers of the party were killed from February 2013 to January 2014.