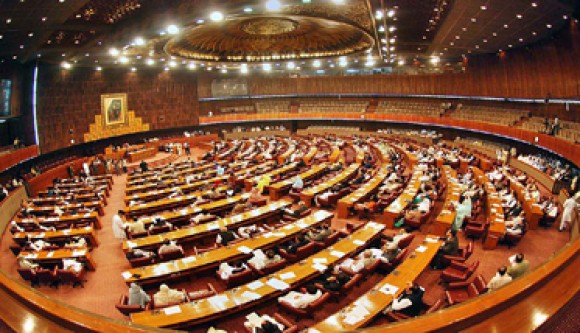 ISLAMABAD: The Senate committee on information and broadcasting on Wednesday approved the draft of a much-awaited “Freedom of Information Law”. The committee finalised the draft after eight months of deliberations. It ignored reservations of the defence authorities. The draft was prepared by the ministry on the recommendations of a sub-committee headed by Farhatullah Babar, the President’s spokesman.

It was decided that the committee chairman, Kamil Ali Agha, would move it in the Senate as a multi-party bill on Thursday. “I will submit the draft of the bill before Senate Secretariat on Thursday,” said Mr Agha while talking to Dawn.

In reply to a question about addressing the defence ministry’s (MoD) reservations, Farhatullah Babar said the Senate could not wait for long for the ministry’s reply.

The MoD had asked the Senate’s sub-committee on information to keep the bill pending till further orders of the defence authorities.

Later it asked the committee to incorporate a condition in the draft making it mandatory on anyone seeking official information to get a No Objection Certificate (NOC).

The committee, however, rejected the defence ministry’s point of view and approved the draft of the freedom of information law.

Senator Babar said the committee waited quite long for a letter from the ministry and then decided to approve the draft.

Mr Agha said the bill would give media and the common man access to all types of information – be it secret, classified, confidential or simple.

“Each and every government department comes under the ambit of the bill and they will have to provide all kinds of information to people,” said Mr Agha.

He said although the bill was not media-specific, the media will have more access to information than a common man.

Mr Agha said decisions of the government would be placed on websites. “Even appointments of officials and their perks and privileges will be placed on the website,” he said.

Under the law, government officials will provide information within 20 days or else a complaint may be lodged against him/her which will be decided by the head of the relevant department in next 20 days.

Asked about action against officials for non-compliance, he said the bill has proposed punishment to official/s for not providing the required information. “We also suggested punishment in this regard in the bill,” he added.

Pervaiz Rasheed, the minister for information and broadcasting, said the government believed in consensus and took decision after taking on board all stakeholders and cited the example of a similar bill adopted by the Punjab cabinet before the dissolution of assemblies.

The committee finally decided that the bill would be moved by its chairman Kamil Ali Agha on a private members day as a multi-party bill.

Later, the government will own the bill and present it in the cabinet for approval.

FIR AGAINST A PRIVATE TV CHANNEL: The committee condemned the registration of an FIR against a private television channel and decided to summon the Balochistan information secretary to record his statement on the unfortunate incident. The information minister told the committee that Balochistan Chief Minister Dr Abdul Malik had informed the court that the case was registered on the orders of the Supreme Court.