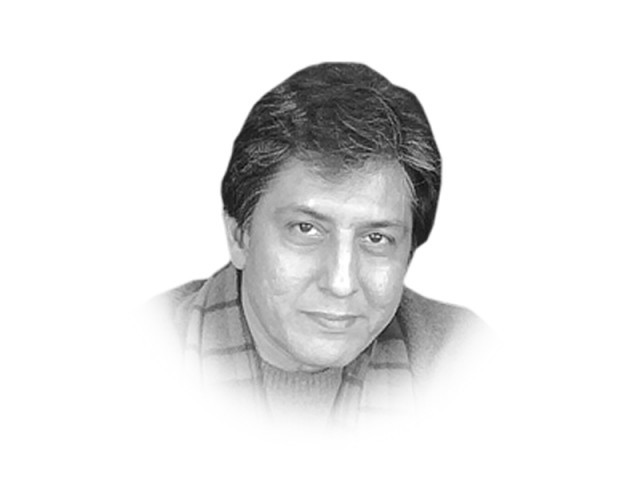 The cabinet-less Balochistan government, as effective as a blindfolded man walking down a busy highway, decided this week to lodge a First Information Report against a private TV channel for airing a video of how the self-styled Balochistan Liberation Army goons destroyed the Quaid’s Residency in Ziarat.

But this isn’t all. The police officer who registered the FIR indicated in the document that he is doing this on instructions from the Information Department of the Balochistan government. The government spokesman tried to wash his hands off of this by saying that they were instructed by the Supreme Court (SC), which apparently took suo motu notice of the airing of the video. The SC demanded on August 26 that the Court be told why the Balochistan government would ascribe its own actions to the highest Court in the land.

Who is lying? One thing should be clear: the police officer didn’t initiate the FIR or he wouldn’t have quoted from the Information Department letter in that document. Good for him because in doing so, he has saved his backside when this matter is further investigated. In all this, of course, it is the backside of the Balochistan government that now not only lies exposed but is squarely positioned towards the sun. And there is only one thing that normally happens with any backside in that position. It gets kicked well and proper.

There is a bigger question here, though. Should that particular channel or any channel for that matter, have shown the ugliness and hatred evident in the video that is freely available on the internet?

There can be three approaches to answering this question, two being extreme. I’d call one the utilitarian approach — i.e., the media’s job is to show whatever is out there, regardless of the consequences. The other extreme is the position that the media mustn’t show anything that goes against the norms, values and the interests of a society and state. The problem with this argument is that it begins to crumble when the trotter is quizzed about defining those norms, values and interests, and to prove their universality.

The third approach is the middle way. It begins with the assertion that the media must show how things are but, because actions have consequences, the decision about what to show and what to withhold cannot be taken cavalierly. The implication is that each case will have to be weighed separately and debated within a context. Another issue is about the timing of the decision. Oft we might choose to withhold something which we can air later because the circumstances that forced the decision to withhold the airing (or writing) of something are no more relevant. A good example can be an ongoing operation or any information that can compromise the integrity of an activity and cause grave damage.

The point is that while the media cannot be barred from airing content, each case must be treated as sui generis and a decision taken on that basis.

In today’s world, however, this middle way has come under tremendous pressure. The mainstream media does not have a monopoly on information. Anyone can not only acquire information but also disseminate it with the push of a button. In this case, even if the TV channel had chosen to ignore this video, it’s out there for millions of people to see across the globe. Of course, one can choose yet to not show it on the basis of one’s own decision, based on an assessment that it mustn’t be shown. But that is not the same thing as in the old days when I could have sat on some information and kept it secure because I might be the only one to have it.

Today, it’s more like arguing that while I know this information is out there, I feel that I should not disseminate it. The problem, however, remains and is yet unresolved. How much of the information must be regulated — or regulated at all.

This is also becoming a problem for states as they get into a long, simmering conflict with non-state actors, insurgents and terrorists, maybe even hi-tech loonies. Groups and individuals opposed to states, irrespective of their ideologies, have the same access to information and the tools for dissemination as the states. The internet is an equal opportunity domain.

Some people might shrug this problem off but it is a real problem for states and will steadily become worse. The measures states are likely to take will be drastic and in this regard, democracies are likely to be bigger offenders than dictatorships. What makes the situation more complicated is the fact that the idea of a state is a very problematic idea even as it is the only organising principle — thus far.

The situation not only demands new thinking but also new laws. Crude attempts to muzzle the media, as the Balochistan government has tried to do, will not work. In fact, the Balochistan government would be better advised to direct its ‘efficiency’ towards those elements that snuck up to the Residency, stayed there for almost 20 minutes, went from room to room, guns slung over their shoulders, vandalised the place and hoisted the flag of ‘Azad’ Balochistan with the state nowhere in sight.

In the media, we have to position our arguments and stories. I used one minute of the Pakistan Taliban’s 18-minute clip of the Bannu jailbreak for my TV programme. I stand by that decision because that was the only way to show viewers how inefficient the state and its functionaries are and how we can take corrective measures against this threat.

We are going to see more of this tension, which is why the media and the government have to become sophisticated in their approaches both in relation to their own actions as well as in their dealings with each other.

(According to a news report, on August 27, Chief Minister Balochistan Dr Abdul Malik Baloch, speaking in the provincial assembly, said that the FIR had been withdrawn, adding that the Balochistan government had not ordered that it be registered. He termed the entire matter a ‘misunderstanding’.)