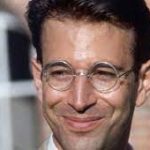 ISLAMABAD   – The parents of Daniel Pearl, Wall Street Journal’s (WSJ) Bureau Chief for South Asia, Friday submitted that the Supreme Court majority judgment suffers from a misreading and non-reading of the evidence on the record and misapplication of the law.

Ruth and Judea, parents of Daniel Pearl, stated this in a review petition filed before the apex court through advocate Faisal Siddiqui against the SC majority judgment dated 26.03.2021, which declared that the whole prosecution evidence is full of doubts and it has failed to prove the guilt of the accused persons, namely Fahad Naseem, Salman Saqib, Sheikh Muhammad Adil and Ahmed Omar Sheikh.

However, Justice Yahya Afridi, who was part of a three-judge bench, in his separate judgment held that the prosecution has been able to prove beyond reasonable doubt that Ahmed Omar Sheikh and Fahad Naseem have committed the offences under Section 365-A, PPC, Section 7 of the Anti-Terrorism Act, 1997 and Section 120-B, PPC, thus, they are convicted for the said offences and sentenced to life imprisonment on each count.

The SC bench headed by Justice Mushir Alam and comprised Justice Tariq Masood and Justice Yahya Afridi on January 20, 2021 in majority decision with 2-1 had turned down the appeals of Sindh government and Daniel Pearl’s parents.

The petition of Daniel’s parents submitted that the complainant, Marianne Pearl, wife of Daniel Pearl, fully cooperated during the investigation. It is further submitted that it was not necessary for the Complainant to produce the laptop on which she received the emails as the email were neither challenged during the recording of evidence, nor at the time of recording of Statement of the Respondent No.2 and accused Fahad Naseem and Salman Saqib, under Section 342, Cr.P.C., 1898.

They added that mere absence of details in the FIR and delay in lodging the FIR is never per se fatal if evidence in the case is trustworthy and reliable and the evidence cannot be discarded merely on the basis of delay in initiating the FIR.

They submitted that in May 2002, a dead body was recovered from Karachi and after verification and identification of the dead body as of Deceased Person (Daniel), it was handed over to the petitioners, and the body was buried in America. However, the identification and burial of the Deceased Person took place after the trial court passed judgment in July, 2002. Therefore, these facts or relevant documents could not be produced before the trial court, which in its judgment gave no finding on the recovery of the body.

The petition said that it is obvious and apparent from the fact that the counsel for the Respondent No.2 (Omar) made an application for attested copy of the Post-mortem Report of Deceased Person and the Trial Court through Order dated: 28.05.2002, allowed the Application.