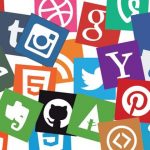 They demanded review of rules framed under the Prevention of Electronic Crime Act 2016 and appro­ved a declaration stating that such “black laws will not only tarnish Pakistan’s image globally, but will also usurp the constitutional right of people of Pakistan guaranteed in Article 19 of the Constitution”.