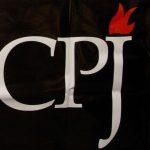 WASHINGTON: Pakistani authorities should grant government advertising to outlets without regard for their editorial stances, and should lift the suspension of advertising in the Dawn and Jang media groups, the Committee to Protect Journalists (CPJ) has said.

Since January, the country’s federal government and the provincial governments of Khyber Pakhtunkhwa and Punjab have suspended the normal practice of placing advertisements with the two independent media groups, according a report by Dawn and a statement from the All Pakistan Newspapers Society, a private organisation representing publishers, the CPJ said in a statement.

“The Pakistani government’s selective ban on placing advertisements with Dawn and Jang, two prominent and independent news organizations, amounts to a crude form of retaliation,” said Steven Butler, CPJ’s Asia programme coordinator. “Using government advertising as a cudgel to punish and reward news outlets based on their editorial stance in this way is incompatible with Pakistan’s constitutional guarantee of press freedom and must come to an end immediately.”

In a speech on February 15, Prime Minister Imran Khan singled out the Dawn and Jang media groups, and accused them of “publishing false stories” that allegedly misrepresented his statements and his recent trip to China, according to news reports.

The Dawn Media Group, which also does business as Pakistan HeraldPublications Limited, filed a petition in the Sindh High Court on February 27 challenging the ban and describing it as punishment for its publications’ reporting and editorial stances, according to the Dawn report.

The All Pakistan Newspapers Society statement said the ban represented the use advertisements as a “lever to influence the editorial policy of newspapers…aimed at silencing any dissenting voice in the press.”

The CPJ emailed the Pakistani Ministry of Information Technology and Telecommunications for comment, but did not immediately receive a reply. The CPJ has documented repeated attacks and restrictions on the two news groups, including in a September 2018 special report on Pakistan, “Acts of Intimidation: In Pakistan, journalists’ fear and censorship grow even as fatal violence declines.”