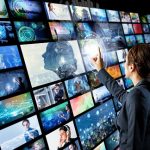 ISLAMABAD: Media and lawyers organisations, civil society, political parties and other stakeholders Wednesday resolved to resist attempts to curb the freedom of speech and expression in the country.

According to a press release, the conference jointly organised by Pakistan Federal Union of Journalists (PFUJ), APNS, CPNE, PBC, Human Rights Commission of Pakistan (HRCP), Pakistan Bar Council (PBC), Supreme Court Bar Association, Islamabad High Court Bar Association, Asma Jahangir Legal aid Society (AGHS), IRADA, SAFMA, Parliamentarians Commission for HumanRights, Media Matters for Democracy and other stakeholders of civil society, was held at the Pakistan Institute for Parliamentary services in Islamabad on Wednesday and unanimously resolved to resist and challenge the unconstitutional steps to regulate social media and freedom of speech and expression in the country, and urged the current government to immediately withdraw its newly framed rules for Pakistan Electronic Crimes Act 2016 that have been drafted without consulting the Parliament and are against the spirit of the 1973 Constitution.

Speakers representing various walks of life also called to review prevention of electronic crime act 2016 (PECA) which provides an umbrella for provision of illegal, unconstitutional and harmful rules that usurp the fundamental rights of the people of Pakistan, including freedom of speech and expression guaranteed in article 19th of the 1973 Constitution of Pakistan.

“Rules to regulate are illegal, unconstitutional and against the spirit of International law which will be resisted at all the parliamentary forums including Senate of Pakistan”, said a noted parliamentarian PML-N Senator Mushahid Hussain Sayed.

A daylong conference passed a unanimous declarations which says that such black laws will not only tarnish Pakistan’s image globally, but will also usurp the constitutional right of people of Pakistan guaranteed in Article 19 of the Constitution. It affirmed that the people of this country will not surrender their fundamental rights like free speech and expression. They drew attention to the fact Pakistan’s image was already under threat due to the hybrid regime in the country and the hanging sword of Financial Action Task Force (FATF).

PML-N Senator and former Information Minister Pervaz Rashid, who was forced to surrender the cabinet portfolio of Information and broadcasting Minister during PMLN’s last Government due Dawn leaks, admitted sarcastically that he failed to resist publishing of News as Minister for Information and Broadcasting, however he said “I have not seen a free media in my life but now I am committed for assuring freedom of speech and expression for my children and grandchildren as after controlling print and electronic media now unseen hands want to control social media, which is unacceptable”. The Islamabad declaration demanded the government to focus on its international commitments in order to improve Pakistan’s compromised image and to ease the lives of ordinary people which are reeling under the pressure of price hike and economic meltdown.

They demanded freedom of media, speech, and association as guaranteed in the Constitution for the sake of democracy, transparency, and eliminating corruption from the country which is the main feature of PTI government’s manifesto.

Speakers of the conference demanded freedom of media, speech, and association as guaranteed in the Constitution, for the sake of democracy, transparency, and eliminating corruption from the country which is the main feature of PTI government’s manifesto. ”we have two sets of law, one for the elite and privileged of the society and another for rest of the people who are victim of the ruling elite, which is indicative of continuation of colonialism in this part of the world”, said Abid Saqi of Pakistan Bar Association.

Senior anchor Muhammad Malick, who represented Director News and Anchorperson Association termed the rules as hastily drafted said “the law is dangerously ambiguous and may be fatal for individuals and society”.

Conference said that the rules framed under the Prevention of Electronic Crimes Act 2016 and the Pakistan Telecommunication (Re-organization) Act 1996 will apply specifically on social media companies. The process, the scope, and the method of implementation of these rules entail threats to the right of freedom of expression, press freedom, Pakistan’s digital economy, democracy and democratic institutions.

“There is an urgent need for arranging National seminar to counter such unconstitutional laws and rules which were framed without the consent of the Parliament”, said noted parliamentarian of Pakistan People’s Party former Senator Farhatullah Babar.

Senior anchor Hamid Mir criticized the conduct of the political parties and said “PECA 2016 is product of PML-N government under Nawaz Sharif and they should accept the responsibility.” Formulated without any public consultation, the rules give unfettered authority to the national coordinator’s office over social media content. The roundtable conference pointed at the fact that successive governments in the past have banned newspapers, TV channels, arrested bloggers and suspended social media accounts on various unwarranted and unfounded allegations.

Haris Khalique Secretary General of Pakistan Human Rights Commission (HRCP) called to review the PECA 2016 and roll back of rules under such a draconian law. “HRCP will resist any such law that deprives the freedom of speech and expressions as these are based on malafide”, he added.

Veteran Journalist Imtiaz Alam was of the view that democratic culture has to be promoted in the country otherwise we will continue to face the consequences.

Seasoned Journalist Muhammad Ziauddin was of the view that besides consultative process amongst the stakeholders, actual power corridors have to be sensitized and briefed of the danger of hastily formulated laws.

Member of the National Assembly and Chairman National Assembly body on Law and Justice said, “Bureaucracy in the country is still powerful however process of development of the society is on the track, which is slow though”.

Veteran Journalist Hussain Naqi, whose entire life is full of resistance and fight for the freedom of media, traced the history of fight for freedom of media and journalism from the creation of Pakistan. “PFUJ has always played a key role for safeguarding freedom of speech and expression apart from journalism and even this time they will succeed in protecting people’s right of speech and expression”, he said. Hussain Naqi said Dharna at the “D” chowk of Islamabad never arranged by the independent forces. “It had been arranged with the backing of unseen forces”, he added. Now it is high time for independent forces and civil society to arrange sit-in for the people’s right.

Noted human right defender and veteran Journalist I A Rehman said the laws and rules are being formulated by ignoring Parliament and through backdoor which will harm the basic fabric of the society. “Earlier worst laws like Pemra and PECA were introduced for media gagging, now to limit cyber space for general public is on the target, therefore awareness for the people of Pakistan in this regards has the key importance”, he said.