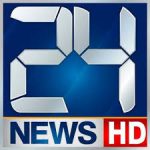 Two reporters Muhammad Tayyab of Channel 41 and Ali Raza of Channel 24 television channels and a cameraman of Channel 24 Waqas Ahmed were beaten by a group of lawyers of Supreme Bar Council including the Bar Secretary, Shahid Munir on July 23, 2019 in Faisalabad.

Tayyab, Raza and Ahmed were taking interview of Muaz Zafar, Superintendent of Police (SP) at his office, when they left the office a group of lawyers surrounded them and started beating the journalists. Raza was injured and left on road while Tayyab and Ahmed were taken to an undisclosed location and were beaten till the media and police rescued them.

Later, Tayyab registered First Information Report (FIR) at the Rail Bazar Police Station, Faisalabad but till now no one got arrested.

The attack on journalists was a retaliation of another incident which took place on July 20. Ramzan Mirza reporter and Usman Ahmed cameraman of Channel 24 were covering the scene where few people in police uniform were taking money from the civilians at the Lari Adda police check post.

The head constable of the check post, Rana Tahir Munir in anger attacked the journalists for covering the happening. Later the journalists including Tayyab protested against the attack on Mirza and Usman and demanded the suspension of Tahir Munir, though SP Zafar suspended Tahir Munir.

The Bar Secretary, Shahid Munir is the brother of the head constable Tahir Munir and Shahid in retaliation of his brother’s suspension attacked Tayyab, Raza and Ahmed.

The Pakistan Federal Union of Journalists (PFUJ) strongly criticized the attack on reporters and cameraman of Channel 24. PFUJ in its statement said, “PFUJ appeals to the President of Supreme Bar Council take notice of the attack on reporters of 24 News Channel and the immediate action should be taken against the lawyers who are responsible of the attack. PFUJ also asks the government to take notice of this incident and ensure that journalists are protected while doing their duty. We reiterate that journalism is not a crime.”