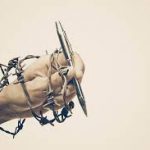 KARACHI: Dr. Firdous Ashiq Awan, Special Assistant to the Prime Minister on Information, has assured the APNS that the federal government is committed to the freedom of press and address the problems faced by the newspaper industry.

Dr. Firdous Ashiq Awan visited the APNS House and held a meeting with the APNS members wherein she was apprised about the acute financial crisis faced by the newspaper industry for the last two years.

Hameed Haroon, President APNS, and Sarmad Ali, Secretary General, said due to considerable decline in the quantum of advertising in newspapers and the non-payment of long pending dues against the federal and provincial governments, decrease in the private sector advertising due to economic slowdown and increase in the cost of newspaper imports caused by depreciation of Pak rupee, the newspaper industry is facing hardships and a financial crunch.

They emphasized that the federal government should help the industry through a bailout package and expedite payment of outstanding dues as well as increase the quantum of advertisements to the APNS member publications.

The other APNS members present in the meeting, pointed out that the regional quota in the government advertising is also not being implemented in letter and spirit for newspapers based in Sindh, especially the regional language newspapers were not being released their due share.

Dr. Firdous Ashiq Awan informed the APNS that the federal government has given top priority to clear the outstanding dues and has made substantial payment of the reconciled dues whereas the remaining amount will be cleared in the next month. She agreed in principle that the government advertising rates should be increased to ensure economic viability of newspaper industry.

The Special Assistant to the Prime Minister said that a meeting of the APNS officer bearers at Islamabad with the Ministry of Information will be shortly convened to discuss the draft advertising policy and to amicably sort out the issues.