Home » Featured » Putting the media in the picture 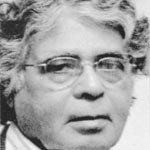 There is no obvious allusion to the media – the proverbial fourth pillar of the state – in the erudite address delivered by Justice Asif Saeed Khosa at a full-court reference held in honour of the outgoing chief justice Mian Saqib Nisar on Thursday.

But, as a journalist, I feel that the media has a distinct place in the formulation that is drafted, in a sense, for national renewal, with a specific focus on the role of the higher judiciary. On Friday, Justice Khosa took oath as the new chief justice of Pakistan.

And given the high-profile – even passionate – performance of the outgoing chief justice, this change of guard at the Supreme Court is likely to enforce a change of style as well as substance. The judicial activism that was so liberally practised by Justice Saqib Nisar is not to endure.

In fact, Justice Khosa has pointedly said that the suo-motu powers of the apex court will be exercised sparingly and only in respect of the larger issues of national importance, where there is either no other adequate or efficacious remedy available or the available constitutional or legal remedies are ineffective or are rendered incapacitated.

Let me explain why I think the media will figure in how Justice Khosa has proposed to redesign or restructure the judicial system. While emphasising that all institutions need to work together for the progress of the country, he said that there is a need for a conversation on whether any institution is interfering in another institution’s work.

Now, this idea of a conversation directly underlines the function of the national media. I am also reminded of my favourite definition of a newspaper: as a nation talking to itself. Any conversation on the vital issues in our society is to be conducted in the media, preferably in the print media.

Clearly, the crux of Justice Khosa’s remarks at the full-court reference are these words: “Let us also discuss, without mincing words or feeling shy, the role of the armed forces and the intelligence agencies in the governance paradigm…Civilian supremacy as well as civilian accountability are sine qua non for democratic sustainability”.

Again, how can this task be undertaken without the involvement of the media? It is primarily in the media that this discourse should proceed. Yes, scholars and academics associated with think tanks and higher institutes of learning must participate in this discussion. But the media should be able to connect all the different strands of thought together and build a consensus on any national issue of strategic importance.

Justice Khosa has also proposed an inter-institutional dialogue at the summit level, stressing that there is a need for a debate on the charter of governance under the tutelage of the president. He said: “I am of the opinion that we have reached a stage in our national life where we must take stock of the mistakes committed in the past and to come up with a charter of governance so as to ensure that such mistakes are not repeated in the future”.

These and other observations of the chief justice reflect a genuine concern about the present state of affairs, particularly in the justice sector. The media belongs in the list of the present national problems. I would like to think that Justice Khosa, given that he is a thinking man, is not unaware of the pressures that the media has to put up with at this time. He would also appreciate the role that a free and professionally-competent media can play in national affairs.

Justice Khosa has spoken about democratic sustainability. But democracy has a symbiotic relationship with the freedom of the media. If you don’t have one, you just can’t have the other. Besides, it is generally not recognised that a free media ensures the freedom of all sections of society and facilitates their participation in a meaningful manner.

I am tempted to dwell more on Justice Khosa’s address. For instance, I could elaborate on his view that in a constitutional democracy, national security cannot be pursued by employing methods that are offensive to constitutionally-guaranteed fundamental rights. Think of the media in this context.

With his bent for literature and scholarship, which was certified by the dissenting note he wrote in the Panama Papers verdict of April 20, 2017, Justice Khosa must have agonised over our intellectual and cultural deprivations. We are a poorly-literate nation. Hence, one would expect him to be on the side of those who are struggling for media and academic freedom.

Finally, it may be pertinent to wonder why an incoming chief justice would be prompted to make such an across-the-board statement on the national crisis, stepping beyond judicial jurisdiction. This means that the change in the leadership of the apex court is not business as usual. There are matters that incite radical thought. These are times, as Thomas Paine said during America’s revolutionary war, that try men’s souls.

In addition to the media, there is another area of concern that has not been directly mentioned by the chief justice: the religious militancy and intolerance that has polluted the popular mindset and has a bearing on the dispensation of justice. In order to move forward, we have to confront the dark forces of bigotry and obscurantism.

At the heart of all this, then, is the feeling that, to invoke another famous quotation, things are falling apart. We know about the centre that cannot hold. This is the reason why the wielders of power and authority in our country get so confused about the role that they have to play. Controlling the media and suppressing dissent is just one dimension of this potentially suicidal exercise of power.

There is so much else that you may decipher in the mirror of Justice Khosa’s address on Thursday. At another level, we should have time to properly assess the legacy of the outgoing chief justice. This change was the big headline this week. But so much more has happened that relates to the fact that our country is wandering in the wilderness.

The other big headline this week relates to the political sphere. So early in the tenure of a new government, the opposition is coming together to challenge Imran Khan. The political temperature is rising at a time when ordinary citizens are finding it more and more difficult to face the realities of their lives. They need justice – and so much more.